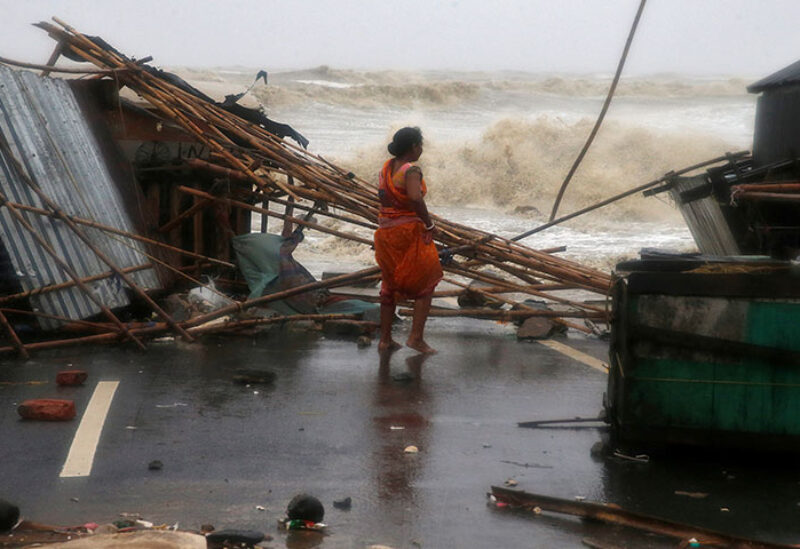 At lease five Indians were killed, and thousands of people were homeless Thursday after the latest cyclone to hit COVID-ravaged India left a trail of destruction.

Cyclones are a regular menace in the northern Indian Ocean but many scientists say they are becoming more frequent and severe as climate change warms sea temperatures.

Barely a week after Cyclone Tauktae claimed at least 155 lives in western India, Cyclone Yaas forced the evacuation of more than 1.5 million people in the eastern states of West Bengal and Odisha.

The storm hit on Wednesday with torrential rain and howling winds gusting up to 155 kilometers (96 miles) an hour, the equivalent to a category two hurricane.

Waves the size of double-decker buses pounded the shore and swamped towns and villages along the coastline, exacerbated by a higher-than-normal tide because of a full moon.

Prabir Maity, a resident of a village close to the sea, told AFP, “I have lost my home, everything.”

Two people died in West Bengal, two in Odisha and one in neighboring Bangladesh where the sea smashed through water defenses and inundated thousands of homes, officials said.

“The water level in the sea and rivers started to swell to over three to four meters (nine to 12 feet) above the normal level and breached embankments in 135 places,” Banerjee said.

“Thousands of people are still marooned. We have set up 14,000 cyclone centers to provide shelter to the homeless,” she said.

“The devastation is huge. Most hotels and markets are still inundated. The sea is still roaring,” Diprodas Chatterjee from the Hoteliers’ Association in the seaside town of Digha told AFP.

“Employees who stayed back are telling a grim story,” he said.