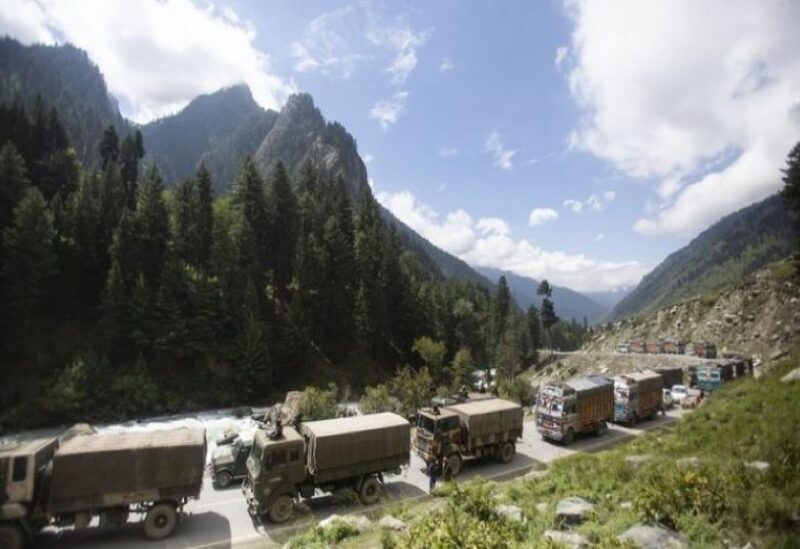 An Indian army convoy moves on the Srinagar- Ladakh highway

The militants were killed in two separate operations by Indian soldiers on Saturday night south of Srinagar, the main city in India-administered Kashmir, according to the Muslim-majority region’s police head, Vijay Kumar.

“Last night, we launched two separate operations based on information concerning the presence of terrorists in these places.” “Five militants were slain, including a JeM leader, Zahid Wani, and a Pakistani national, Kafeel,” Kumar added.

The foreign ministry of Pakistan denounced the new violence and demanded international responsibility for the “extrajudicial death of five Kashmiris.” It criticised India’s implication that a Pakistani fighter had been killed.

“The Indian occupation troops are known to kill innocent Kashmiris while falsely labeling them as ‘alleged terrorists,'” the ministry stated in a statement.

Nuclear-armed Two of Pakistan and India’s three wars have been fought over Kashmir.

India accuses Pakistan of supporting a separatist insurgency waged by terrorists since the late 1980s. Pakistan, which governs a portion of Kashmir in the west, disputes this but maintains it provides political assistance to fellow Muslims in Kashmir.

“In the month of January alone, the Indian occupation forces killed at least 23 Kashmiris in phony ‘encounters’ and so-called cordon-and-search operations,” the ministry claimed.

Kumar declined to comment on Pakistan’s allegation, but he did say that Indian forces initiated their operation after terrorists murdered a police officer outside his home in Srinagar’s south on Saturday.

Last year, there was a surge of civilian deaths in Indian Kashmir, with terrorists targeting migrant laborers and members of the minority Hindu and Sikh populations in the valley.

The heavily militarized region’s Indian soldiers retaliated with a massive crackdown. According to officials, over 189 militants were slain in Kashmir last year.