Indian journalist dies by suicide at newsroom over ‘unpaid wages’ 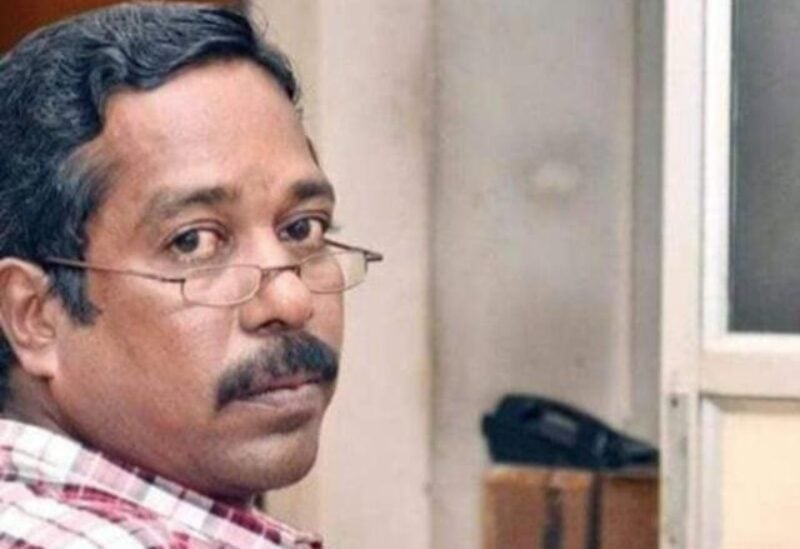 On Sunday evening, a prominent journalist in India’s southern Tamil Nadu state allegedly committed himself in his newsroom, shocking the country’s journalistic industry.

T Kumar, a 56-year-old photojournalist with the news agency United News of India (UNI), was discovered by his colleagues at work on Monday. He was the UNI’s Tamil Nadu bureau director.

Kumar’s death has sparked worries about non-payment of dues and the greater financial restrictions that journalists face, since UNI employees claim the organization has not paid them for the previous 60 months.

The employees, in a statement, said Kumar had been facing financial problems because he didn’t get a regular salary from the agency.

UNI’s editor-in-chief Ajay Kumar Kaul, however, told The Independent that the police should “investigate the matter properly” and termed it a “tragic incident”.

“As far as we know, there is no suicide note, wherein the deceased may have stated that he was taking the extreme step because of financial stress or salary backlog, as reported by some media outlets,” he said.

“Some people are spreading misinformation. Was this a suicide or something else? We want police to investigate this properly,” he added.

“We too want to know the exact details and circumstances in which this sad incident happened”.

Senior journalist Vishwaa Viswanaath was the first to post about Kumar’s death on Twitter on Monday, with several other journalists following suit in expressing shock and grief.

Mr Viswanaath, in the Twitter thread, wrote: “Mr Kumar joined as an ordinary staff at his early age with UNI – India’s leading and pioneer news agency.

“But with his knowledge and hardworking skills, he became Bureau Chief of UNI Tamil Nadu division.”

In the thread, he put forward the claims that UNI’s staffers hadn’t received their salaries.

“Unfortunately, UNI is not giving salary for the last 60 months (sic). All the UNI staff members are getting their monthly salary in instalments but even it is not frequently,” he said.

The senior journalist also accused UNI of causing stress to its employees, saying that “lagging salary, stress has turned this Excellent Journalist and an Extraordinary good human being to commit suicide [sic].”

“He didn’t commit suicide somewhere but in UNI News Agency’s Tamil Nadu head office central hall in Chennai. This is an indication that he had lastly could have felt that his whole life has been destroyed by UNI [sic],” he claimed.

Mr Kaul reiterated to The Independent that “there was no denying that there were salary delays. However, the employees, including Kumar, have been getting part-payment of salaries regularly, at least since the last seven months after I joined UNI.”

“He needed some cash and we helped.”

He said that, in December last year, Kumar needed financial help because his mother-in-law had fallen ill. “We gave him [the funds].”

“Kumar was helped monetarily whenever he had any emergencies, irrespective of the financial problems that the company has been facing. In September last year, he said his wife was injured due to a fall and had to be hospitalised. Rs 25,000 [£246] were rushed immediately from the Head Office to Kumar and another instalment of Rs 25,000 was sent a couple of days later.”

Kumar is survived by his wife, son and daughter.

Online news portal The News Minute (TNM) quoted an anonymous former UNI staffer as saying that “many of the permanent staff were paid every alternate month, or they would get seven salaries in each year. Arrears running upto 42 to 44 months had amassed when I was working there.”

The ex-employee, who spoke to TNM on the condition of anonymity, also said many permanent employees were laid off when Mr Kaul took over as the EIC. The ex-employee claimed that “there are also outstanding Provident Funds that haven’t been paid.”

He said several employees had also been forced to approach labour courts.

Another unidentified source – a current employee at UNI – told TNM that Kumar desperately needed money as he was planning his daughter’s wedding.

On Monday, the UNI All-India Employees Front issued a statement in the wake of Kumar’s death: “We have learnt that Mr Kumar’s wife had met with an accident a few months ago and he had applied for an amount of at least Rs 100,000 [£983] against his pending dues for her treatment. However, he was sent a paltry sum of Rs 25,000 only.

Also, Mr Kumar’s daughter’s engagement was scheduled to be solemnised next week and it is learnt that he had applied for Rs 500,000 [£4,911] for the same, but the management was yet to respond.”

“There is a backlog of 60 months of salaries, yet the management’s callous attitude toward the dire crisis of the employees is unchanged. This month itself, a decision has been taken to stop payment of Rs 10,000 [£99] against the pending statutory gratuity, pending salaries and other legal dues payable to former employees,” the statement said.

Mr Kaul denied that Kumar asked for Rs 500,000 from UNI to meet the expenses of his daughter’s engagement.

“It is not true. No such request was found,” he told The Independent.

The Employees Front alleges that only a fraction of their salaries – Rs 15,000 (£147) of the monthly salaries – was being released by UNI’s head office in New Delhi. The employees also pointed to the overall 60-month backlog in their salaries.

The UNI All-India Employees Front has also demanded an inquiry into the events leading to Kumar’s death and called for “strict legal action against those found responsible for abetting the suicide” be taken.

“I have a staff of 400 more people. I don’t want them to be demotivated because of this incident. I have to keep their morale up,” Mr Kaul said.

How he intends to do that will remain to be seen.