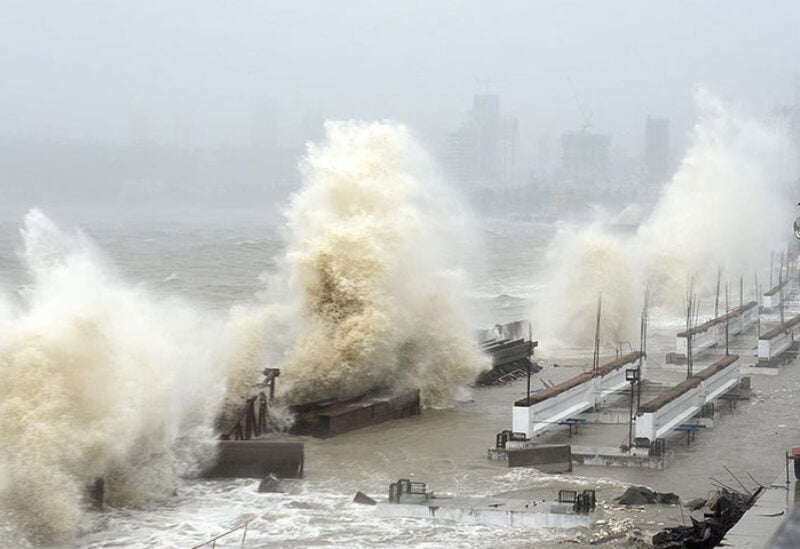 Waves lash over onto a shoreline in Mumbai

The Indian navy said that some 127 people were missing Tuesday after a vessel adrift off Mumbai’s coast sank during Cyclone Tauktae.

Two ships and helicopters were deployed to assist in the search.

The vessel was carrying 273 people when it started drifting on Monday as strong winds battered India’s western coast, sending huge waves crashing onto its shores and turning roads into rivers.

The defense ministry said 146 people were rescued from the vessel, which was operated by a state-run oil company, with operations expected to continue throughout the day in “extremely challenging sea conditions”.

The colossal cyclone — the biggest to hit the region in decades — claimed lives in Kerala, Goa, Maharashtra and Gujarat as savage winds swept through flimsy homes and uprooted trees and electricity pylons.

Tens of thousands of people were evacuated while authorities in Mumbai shifted about 600 Covid-19 patients in field hospitals “to safer locations”.