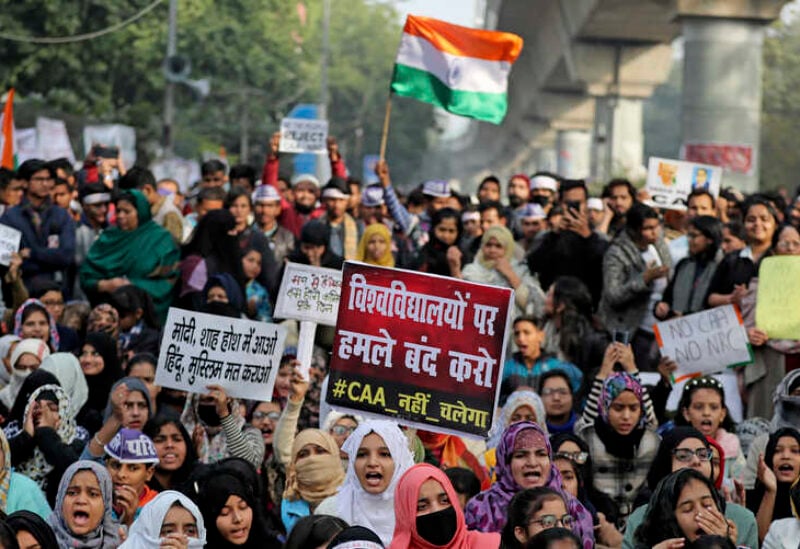 Shouting out slogans against Prime Minister Narendra Modi’s government, Indian opposition parties disrupted parliament on Tuesday, demanding an investigation into reports that the government used Israeli-made Pegasus spyware to snoop on scores of journalists, activists and politicians, including the main opposition leader Rahul Gandhi.  the opposition members said they wanted an independent probe into the complaints of spying and the resignation of Interior Minister Amit Shah.
An investigation published on Sunday by 17 media organizations, led by the Paris-based non-profit journalism group Forbidden Stories, said spyware made and licensed by the Israeli company NSO had been used in attempted and successful hacks of 37 smartphones belonging to journalists, government officials and human rights activists.
Indian news portal The Wire reported that smartphones of politicians including Gandhi, a senior leader of the opposition Congress party, and two other lawmakers were among 300 verified Indian numbers listed as potential targets for surveillance during 2017-19 ahead of national elections.
NSO has said its product was intended only for use by vetted government intelligence and law enforcement agencies to fight terrorism and crime.
Opposition leaders said the Modi administration was spying on journalists, activists and politicians who were opposed to its policies.
“It is an attack on the democratic foundations of our country,” Congress said in a statement.
It said the government had illegally accessed the conversation of many people by hacking cell phones with the Pegasus spyware.
Ashwini Vaishnaw, the minister for Electronics and Information Technology, told lawmakers on Monday there was no substance to the reports of spying.
India had a well-established procedure in which lawful interception of electronic communication was carried out by federal and state agencies for the purpose of national security, particularly in the case of a public emergency or in the interest of public safety, he said.
Indian rules ensured that “unauthorized surveillance does not occur,” he said.
News reports said the phone of Vaishnaw himself was also hacked, but it was not clear why.
The government has declined to reply to questions whether India or any of its state agencies had purchased Pegasus spyware for surveillance.