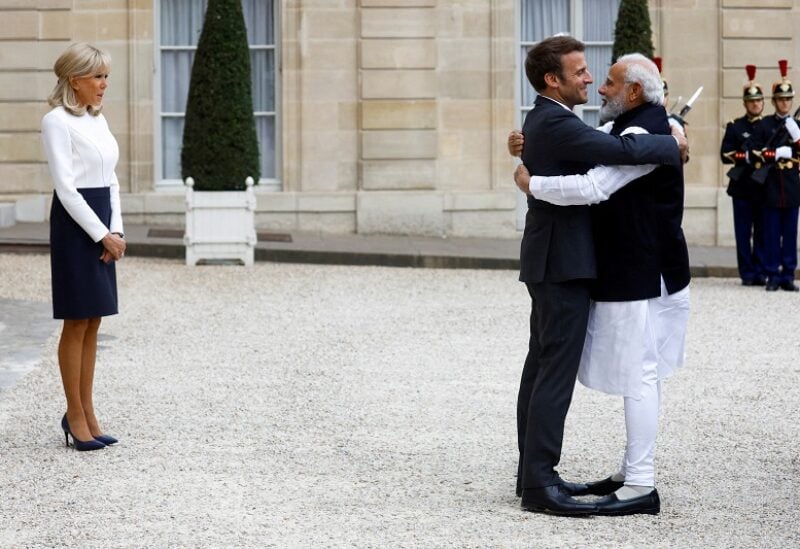 Both India and France called for an immediate cessation of hostilities in the Russia-Ukraine conflict and expressed “serious concern” over the conflict and humanitarian crisis in Ukraine, this stance came during Indian Indian Prime Minister Narendra Modi’s visit to France.
They both looked to bring both sides together and promote dialogue and diplomacy for bringing an end to the suffering of the people.

“They unequivocally condemned civilian deaths in Ukraine and called for an immediate cessation of hostilities to bring parties together to promote dialogue and diplomacy to find an immediate end to the suffering of the people,” the statement said.
France also reiterated its “strong condemnation” of the “unlawful and unprovoked aggression against Ukraine by Russian Forces,” as per the joint statement.
The two countries also underlined the need to respect international law, UN Charter and the sovereignty and territorial integrity of states, it said.
The two leaders also agreed on an ambitious agenda for the India-France Strategic Partnership’s next phase.
Before the delegation-level talks, a tete-a-tete was also held between Macron and Modi at the Elysee Palace. Later, a ‘only vegetarian’ dinner was hosted for PM Modi by French President Emmanuel Macron at the palace, which is his official residence.
On Twitter, Indian Prime Minister’s Office tweeted, “PM @narendramodi and President @EmmanuelMacron meet in Paris. This meeting will add momentum to the India-France friendship.”
Along with the message, a photograph of Modi and Macron hugging each other was also posted.

“A meeting between two friends. An opportunity to translate the renewed mandate of President @EmmanuelMacron into a renewed momentum for the India-France Strategic partnership,” Ministry of External Affairs spokesperson Arindam Bagchi said on Twitter.