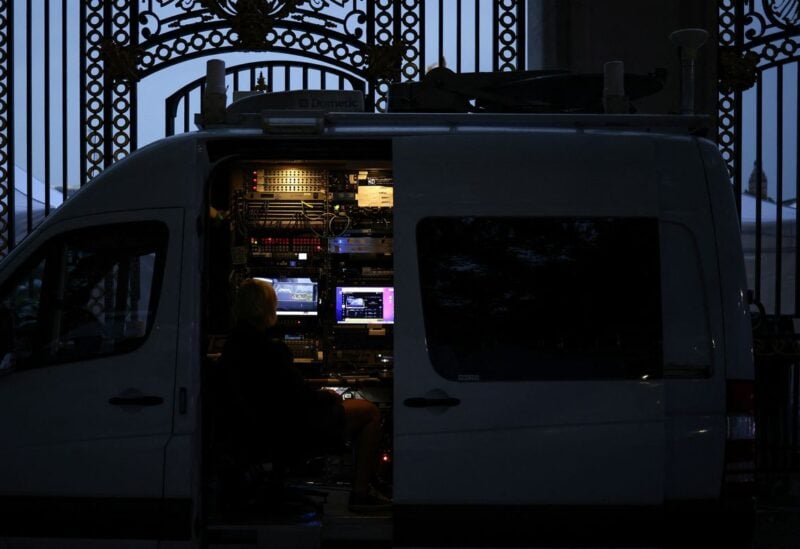 A member of the media watches the coffin of Britain's Queen Elizabeth arriving at RAF Northolt from inside a television vehicle outside Buckingham Palace in London, Britain, September 13, 2022. REUTERS/Henry Nicholls

The Indian government announced that President Droupadi Murmu will attend the state funeral of Britain’s Queen Elizabeth II in London on Monday.