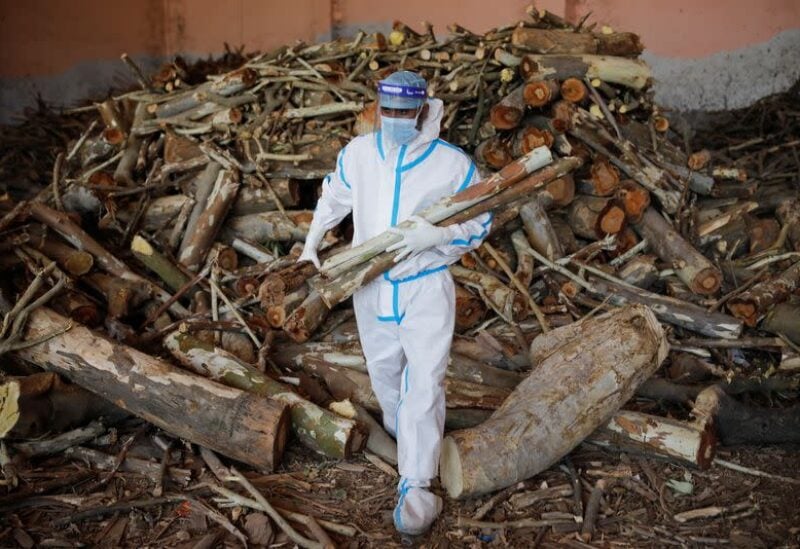 India’s new COVID-19 infections stayed above 300,000 for a 6th consecutive day on Tuesday, while its armed forces pledged urgent medical aid to help battle the staggering surge in cases.

Over the past 24 hours, India registered 323,144 new infections, below Monday’s worldwide peak of 352,991, with overwhelmed hospitals continuing to turn away patients due to a shortage of beds and oxygen supplies.

“Please note that a huge fall in daily cases … is largely due to a heavy fall in testing. This should not be taken as an indication of falling cases, rather a matter of missing out on too many positive cases!” Rijo M John, a professor and health economist at the Indian Institute of Management in the southern state of Kerala, wrote on Twitter.

Many countries, including Britain, Singapore, Thailand and Bangladesh have taken steps to curb travel from India to ward off more virulent virus variants from entering their borders. Australia is slated to consider a proposal to suspend flights from India later in the day.

India has called on its armed forces to help tackle the devastating crisis. Late on Monday, Chief of Defense Staff General Bipin Rawat said oxygen would be released from armed forces reserves and retired medical personnel would join health facilities that are struggling under the strain of cases.

Nations including the United States, Britain and Germany have pledged urgent medical aid, while Indian Americans in U.S. Congress and the technology sector have also joined forces to boost aid.

The United States has said it will share 60 million shots of AstraZeneca’s COVID-19 vaccine with other countries.

“Major lobbying is on at this point of time to secure as much as possible for India,” a senior Indian official part of ongoing negotiations told Reuters, adding that Prime Minister Narendra Modi had been assured that India would be given priority.

“At this juncture even harshest critics of India are pushing the U.S. regime” to aid India, the official added.