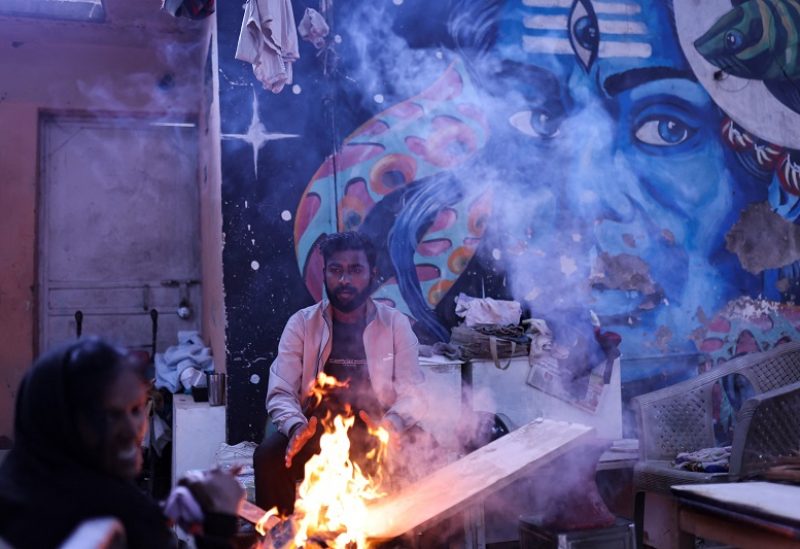 A man warms himself by a fire outside his house on a cold winter morning in New Delhi, India, December 27, 2022. REUTERS/Anushree Fadnavis

Indian Meteorological Department director stated that the cold weather would continue to prevail in Delhi and neighbouring states for the next two days.
The IMD has stated that the day temperatures will plunge due to cold north-western winds travelling through the plains. For the next two days, parts of north India will receive reduced sunshine due to foggy weather, said the report.
“Dense fog conditions will remain in parts of Punjab, Haryana, Uttar Pradesh, Delhi and other parts of the country. It will continue for the next two days,” stated IMD.
Also read| Global cold wave LIVE updates: Snowstorms in US, Canada, extreme cold waves in India, sinking temperatures in UK, Europe brings world to a standstill
The prime weather station in the national capital, Safdarjung observatory, recorded a minimum temperature of 5 degrees Celsius. It was three gaps down the normal one.
The extreme cold weather and fog have affected day-to-day life in Rajasthan. On Monday, Sikar’s Fatehpur, the coldest place in Rajasthan, recorded a temperature of minus 1.5 degrees. Churu and Pilani follow in second and third place, where the registered temperature was 0 degrees Celsius and 0.2 degrees Celsius on Sunday.
IMD predicted snowfall in five regions of Himachal Pradesh on December 29, 2022. As a result, many tourists are rushing towards the hill state.
The meteorological department has predicted cold weather in several parts of Punjab and Haryana. Narnaul will be the coldest region of the upper belt, with a forecasted temperature of 2.4 degrees Celsius. Furthermore, the joint capital of Punjab and Haryana, Chandigarh, recorded a minimum temperature of 7.4 degrees Celsius.
Although the minimum temperature has risen in Kashmir, it remains below the freezing temperature. However, after a small wet spell this week, the valley has no forecasts for rain.
In Bihar’s Patna, the government has ordered to shut the schools for students up to grade 8, as the district magistrate said in a notice.