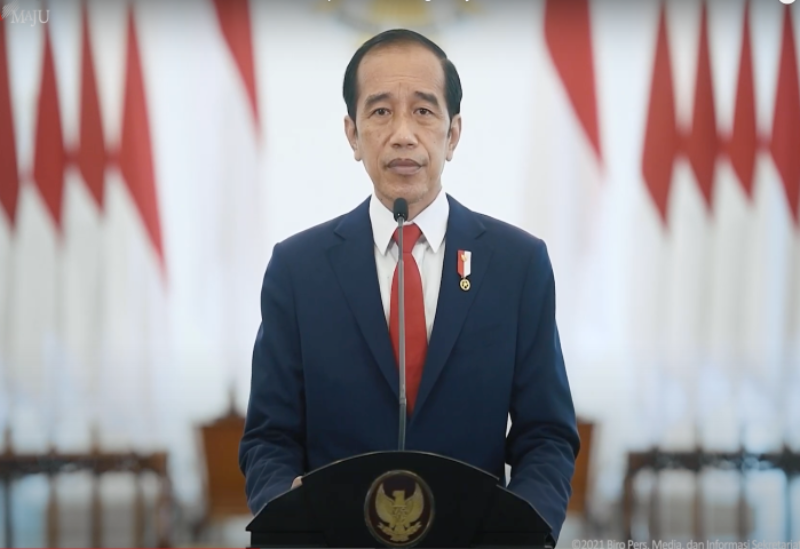 After visiting the scene of a volcanic explosion on Java that has killed at least 34 people, Indonesian President Joko Widodo pledged on Tuesday to increase evacuation operations and restore damaged homes.

On Saturday, the 3,676-meter-high Mt. Semeru volcano erupted, sending a cloud of ash into the sky and deadly pyroclastic flows onto towns below.

According to the disaster mitigation organization, thousands of people have been evacuated and 22 individuals are still missing.

Following a visit to evacuation centers and a helicopter inspection of the area, which provided an overhead image of settlements buried in molten ash, the president stated that recovery operations will be stepped up immediately and in the coming months.

“I came to the site to verify that we have the troops to identify the victims,” the president said from Sumberwuluh, one of the worst-affected districts.

“We hope that once everything has calmed down, everything can begin – restoring infrastructure or even removing folks from regions we believe are too unsafe to return to.”

He estimated that at least 2,000 residences would need to be relocated to safer regions.

On Tuesday, search and rescue efforts resumed, but were hampered by wind and rain, as well as a lack of equipment in certain places.

On Tuesday, Mt. Semeru erupted three times. The Center for Volcanology and Geological Hazard Mitigation in Indonesia warned on Monday that more hot gas, ash, and rocks might be released.

Mt. Semeru is one of more than 100 active volcanoes in Indonesia, which is located in the “Pacific Ring of Fire,” a region of intense seismic activity above various tectonic plates.