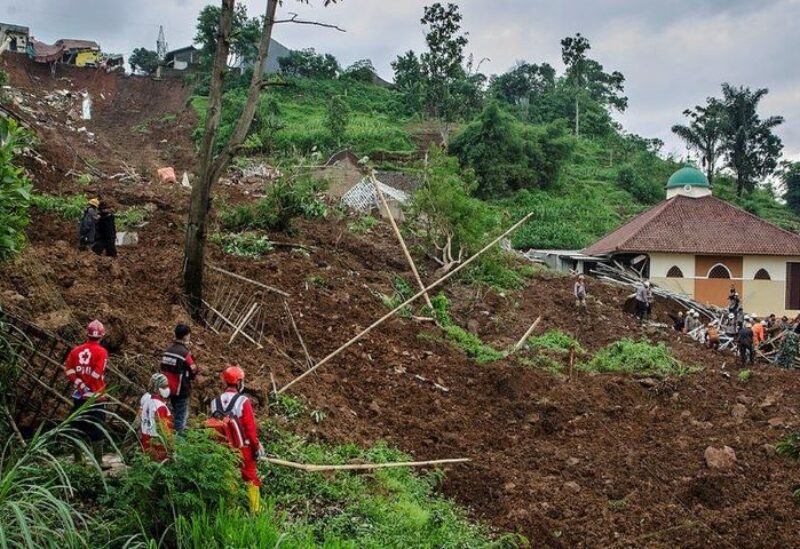 Indonesian authorities said that 7 people were killed in a landslide triggered by torrential storms on the Indonesian island of Sumatra, as they warned continuing rainfall could lead to further ground movement on Friday.

A day after the landslide hit two adjacent houses in Padang Pariaman district on Wednesday, seven bodies were pulled out of the mud, while another person was rescued alive with broken bones.

“All victims have been found after we were able to use heavy equipment yesterday afternoon,” local disaster mitigation agency official Rumainur, who like many Indonesians only has one name, told AFP Friday.

Authorities warned residents to stay alerted because heavy rains in the area will continue until Saturday.

“Please beware of the danger of ground movement triggered by the rainfall,” spokesman for National Disaster Mitigation Agency Abdul Muhari said in a Friday statement.

More than 300 houses and 80 hectares of rice field in Padang Pariaman have been inundated.

One person died and four others were injured when one fell on them as they were visiting a graveyard on Wednesday.

Local authorities have announced a state of emergency for 14 days and opened public kitchens.

Fatal landslides and flash floods are common across Indonesia during the rainy season, which started in September in Sumatra.

The disasters are often caused by deforestation and poor mitigation planning, according to environmentalists.

In April this year more than 200 people were killed in a cluster of far-eastern islands in Indonesia and neighboring Timor Leste as Tropical Cyclone Seroja turned small communities into wastelands of mud and uprooted trees.