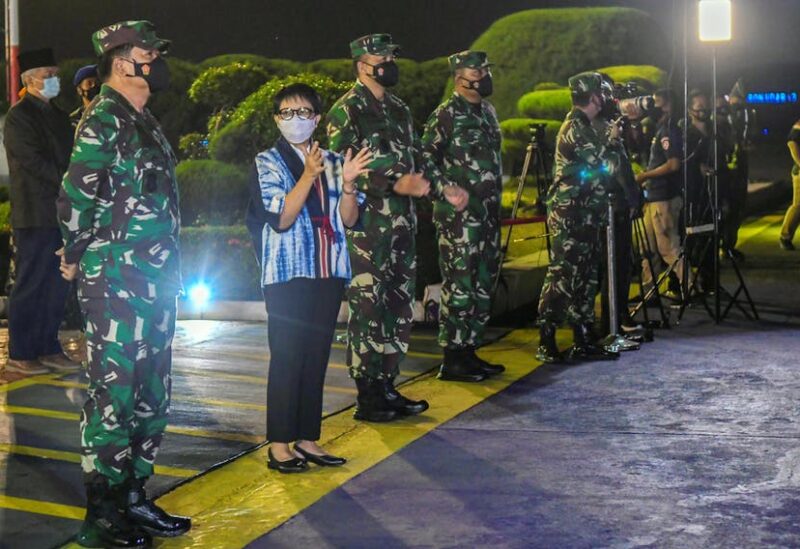 Indonesia’s diplomatic post in Afghanistan has been relocated from Kabul to Pakistan, according to the country’s foreign minister, after its air force evacuated hundreds of people following the Taliban’s takeover of power.

“For the time being, the diplomatic mission in Kabul will be carried out from Islamabad,” Retno Marsudi said in a televised address at Jakarta’s Halim military airport.

The original intention was to “continue our diplomatic mission in Kabul with a limited team,” but that was modified due to a “new development,” which she would not elaborate on. She refused to answer any questions.

Thousands of anxious Afghans have tried to exit the Kabul airport in recent days, clutching papers, children, and possessions, while citizens from other nations have also wanted to flee as US and other foreign forces withdrew.

According to NATO and Taliban sources, at least 12 people have been killed since the Islamist militants took control of the city on Sunday.

Retno advocated for a “Afghan-led, Afghan-owned inclusive democratic process” to bring peace and stability to Afghanistan, as well as the protection of women’s rights.

Four Indonesian diplomats in the Pakistan-based mission will assess the situation in Afghanistan daily to determine next steps, she said.

Due to the circumstances at Kabul airport, an operation for Indonesia, the world’s largest Muslim-majority country, to fly home 26 of its people, including embassy employees and children, took longer than expected, she added.

According to Retno, Indonesia also took up five Filipinos and two Afghan nationals at the request of their governments.