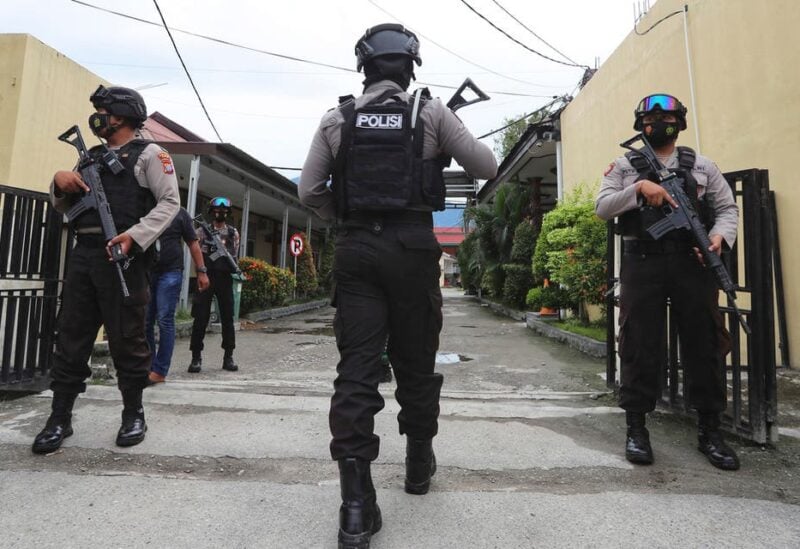 Police officers stand guard at a local police hospital where the bodies of militants killed during a raid were taken to, in Palu, Central Sulawesi, Indonesia, Sunday, July 11, 2021. (AP)

On Thursday, Indonesian police refuted allegations of brutality made by the family of a Harvard University transgender activist who died after being detained while on his honeymoon on the tourist island of Bali.

Rodrigo Ventosilla, 32, of Peru, was arrested by customs officers when he arrived with his new spouse, who is also Peruvian, his family claimed in an Instagram message this week, accusing Bali authorities of “police abuse… racial discrimination and transphobia.”

According to a Bali police spokeswoman, Ventosilla was being investigated for drug offenses after suspected cannabis-derived goods were discovered in his luggage.

Ventosilla was taken to the hospital two days after his detention and died on August 11 due to “failure of physiological functions,” according to police spokesperson Stefanus Satake Bayu Setianto.

According to Bayu, Ventosilla became unwell after swallowing medicine that was not among the goods collected by authorities.

Ventosilla’s relatives stated that they did not know the reason of his death, but that he was refused legal representation and information. Bayu, a police spokesperson, did not respond to those claims or those of transphobia, but stated that there had been no violence and that the matter had been concluded.

The Harvard Crimson newspaper said that students and staff at the Harvard Kennedy School, where Ventosilla was a student, echoed the family’s requests for an inquiry.