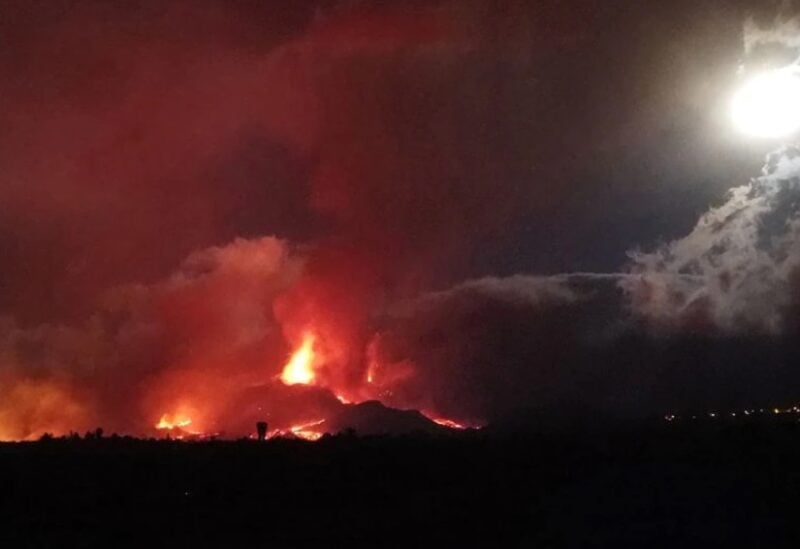 Residents of East Java province in Indonesia, flee their homes as a huge cloud of ash and smoke blanketed towns and villages nearby, due to the erruption of Semeru volcano.
on Saturday, causing residents to The volcano has killed at least one person who suffered from severe burns and injured 41 others, authorities in the nearby city of Lumajang said.
Indonesia’s National Disaster Management Agency (BNPB) said a bridge had collapsed and shared footage of the massive cloud of ash on Twitter.
The agency also said that 35 patients were receiving treatment at local medical facilities.
The eruption took place at 3:30 p.m. local time (8:30 GMT). The 3,676 meter-tall (12,060 foot-tall) volcano is among the most active in Indonesia and the highest mountain on the island of Java.
Semeru has erupted several times since last December, causing hundreds to flee their homes.
Some of the footage from the latest eruption showed villagers running and screaming as a massive ash cloud closed in on them, enveloping the sky in darkness.
Residents were heard shouting “God is greatest” as they tried to make their escape.
Scorching gas and lava flowed 800 meters (2,624 feet) from the peak to a nearby river. It had raised fears of flooding, the disaster agency said.
The authorities said it was setting up evacuation tents for the displaced although evacuations had been hampered by thick smoke.
Deputy Chief of Lumajang district Indah Musdar said helicopters were needed to rescue people trapped inside buildings.
“We hope that those trapped can be rescued soon. Their families are crying and anxious about their fate,” Indah said.
She added that two people were reported missing and ten people were trapped by the lava flows and volcanic debris.
The natural disaster had collapsed houses in the village of Curah Kobokan, Indah said.
Thoriqul Haq, the district chief of Lumajang said Semeru had been active since late Friday. The volcano last erupted in January causing no casualties.