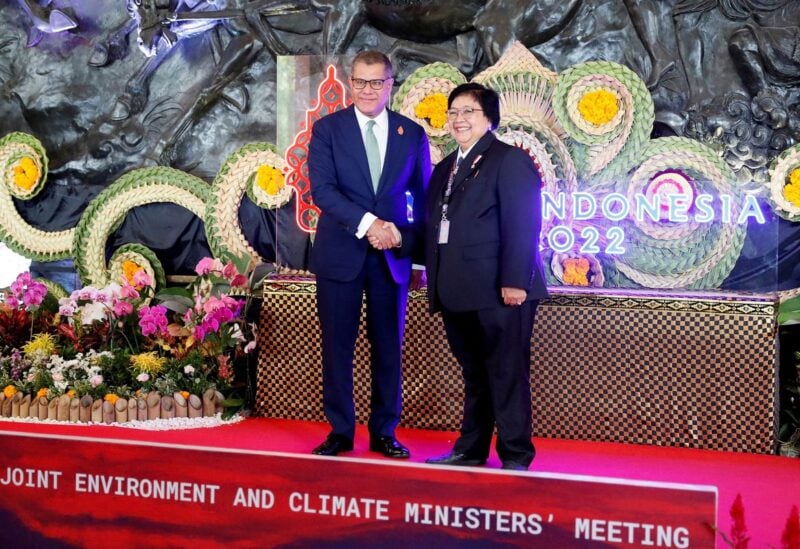 G20 President Indonesia asked members on Friday to commit to its proposal for clean energy adoption, only days after the group’s climate negotiations ended without a clear accord.

Indonesia, one of the world’s largest carbon emitters, wants the Group of 20 major economies to use its non-binding Bali Compact to deliver on commitments to achieve net zero emissions, according to its energy minister in Bali.

G20 climate talk earlier this week failed to adopt a joint communique and Britain’s climate delegate Alok Sharma on Thursday told Reuters some of the world’s major economies were backsliding on emissions commitments.

Indonesia, a major exporter and user of coal, has joined a global pledge to phase out coal use and wants nearly a quarter of its energy to come from renewable sources by 2025, up from about 12% currently.

“What is important now is that we work together to coordinate policies, to strengthen cooperation and make sure our energy transition agenda moves forward,” Indonesian Energy Minister Arifin Tasrif said.

Underlining challenges ahead, the International Energy Agency in a report on Friday said Indonesia needed to ensure policy reforms take place so it can make the shift to cleaner energy faster, noting the technology was already commercially available and cost-effective.

The Bali Compact, details of which were not immediately available, seeks to strengthen national energy planning and implementation, boost investment and financing and improve energy security, Arifin told the Bali meeting.

Chair Indonesia did not release a joint communique after G20 climate talks earlier this week, with efforts derailed by what sources said were objections over language used on climate targets and the war in Ukraine.