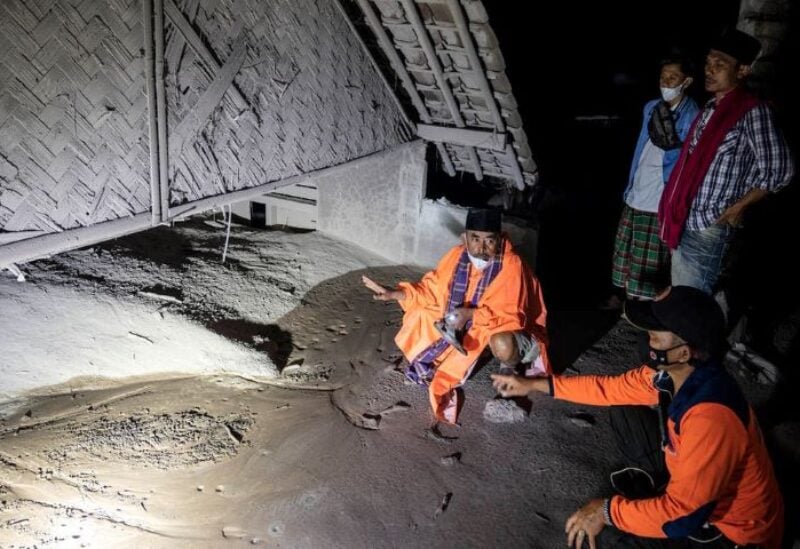 Villagers and rescuers inspect an area covered with volcanic ashes at Sumber Wuluh village, in Lumajang

The Semeru volcanic eruption in Indonesia has killed at least 13 people and wounded scores, according to the disaster mitigation agency (BNPB), as search teams searched for casualties in a landscape buried in dense layers of ash.

Authorities stated the eruption destroyed structures and destroyed a critical bridge linking two regions in the adjoining district of Lumajang with the city of Malang.

According to a BNPB officer, Abdul Muhari, 13 persons were slain. According to the statement, 98 people were hurt, including two pregnant ladies, and 902 people were evacuated.

According to police, the majority of the casualties were burns.

A Reuters witness reported that thick, grey ash blanketed damaged buildings in the Sumberwuluh district, while volunteers sought to keep away cars who wanted to return to their homes near Semeru.

Homes were almost totally drowned in an ash-covered landscape, while a vehicle had only the top of the driver’s cab visible. Some peasants who fled their houses brought cattle with them, but a dead cow was left laying on its side on the ground.

According to the witness, grey fallen trees litter the roadways.

Taufiq Ismail Marzuqi, a volunteer and resident of Lumajang, told Reuters that rescue efforts are “very dangerous” owing to the severed bridge and untrained volunteers.

Police and military officers attempted to dig remains with their bare hands in a video he filmed.

The BNPB will restore the destroyed dwellings, and heavy equipment like as excavators and bulldozers will be used, according to its chief.

Thoriqul Haq, a local authority in Lumajang, had stated that sand miners were stranded near their work locations.

Ten individuals who were stranded when Indonesia’s Semeru volcano erupted have been transported to safety, according to the BNPB.

According to the state secretary, Indonesian President Joko Widodo has directed officials to locate and cure casualties.

Semeru has lately been releasing hot clouds and lava flows along its rivers, and the country’s volcanology center had cautioned people not to venture near it since Wednesday, according to the report.

The Indonesian transportation ministry stated on Sunday that the eruption caused no hindrance to flights, however pilots were warned to keep an eye out for ashfall.

Semeru, which towers above 3,600 meters (12,000 feet), is one among Indonesia’s almost 130 active volcanoes. It erupted in January with no fatalities.

Indonesia is in the “Pacific Ring of Fire,” a seismically active zone where different plates of the earth’s crust collide, resulting in a great number of earthquakes and volcanoes.