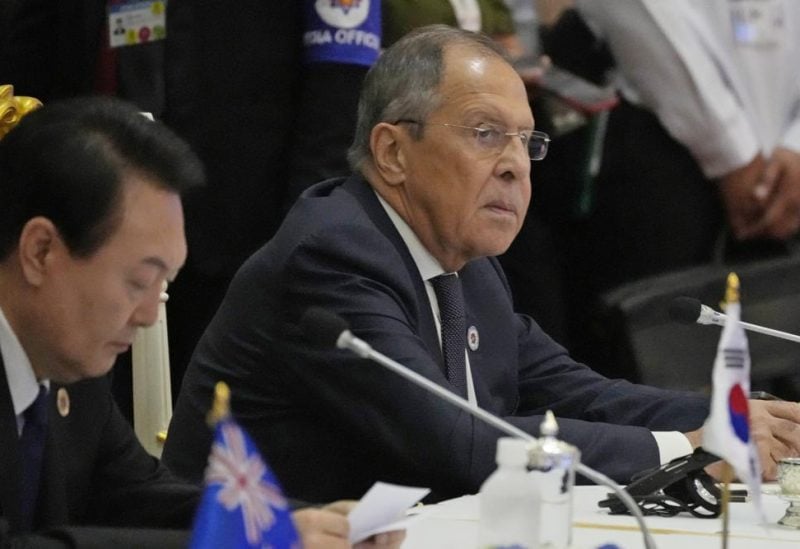 Russian Foreign Minister Sergey Lavrov was taken to the hospital because of a health concern following his arrival for the Group of 20 summit in Bali, multiple Indonesian authorities said Monday. Russia denied that he had been hospitalized.

Russia’s top diplomat arrived on the resort island the previous evening to take part in the meeting of the world’s leading economies, which begins Tuesday.

Russian Foreign Ministry spokesperson Maria Zakharova later denied that Lavrov had been hospitalized, calling it “the highest level of fakes.” She did not address whether he had received medical treatment.

She posted a video of Lavrov, looking healthy in a T-shirt and shorts, in which he was asked to comment on the report.

“They’ve been writing about our president for 10 years that he’s fallen ill. It’s a game that is not new in politics,” Lavrov says in the video.

Lavrov is the highest-ranking Russian official at the G-20 meeting, which U.S. President Joe Biden, China’s Xi Jinping and other leaders are attending.

Four Indonesian government and medical officials told The Associated Press that Lavrov was treated at the Sanglah Hospital in the provincial capital, Denpasar.

All of the officials declined to be identified as they were not authorized to discuss the matter publicly. Two of the people said Lavrov had been treated for a heart condition.

Russian President Vladimir Putin’s attendance at the G-20 had been uncertain until last week, when officials confirmed he would not come and that Russia would be represented by Lavrov instead.

Fallout from Russia’s invasion of Ukraine is expected to be among the issues discussed at the two-day G-20 meeting, which brings together officials from countries representing more than 80% of the world’s economic output.

Biden and Xi were meeting separately ahead of the summit in their first in-person talks since the U.S. president took office.