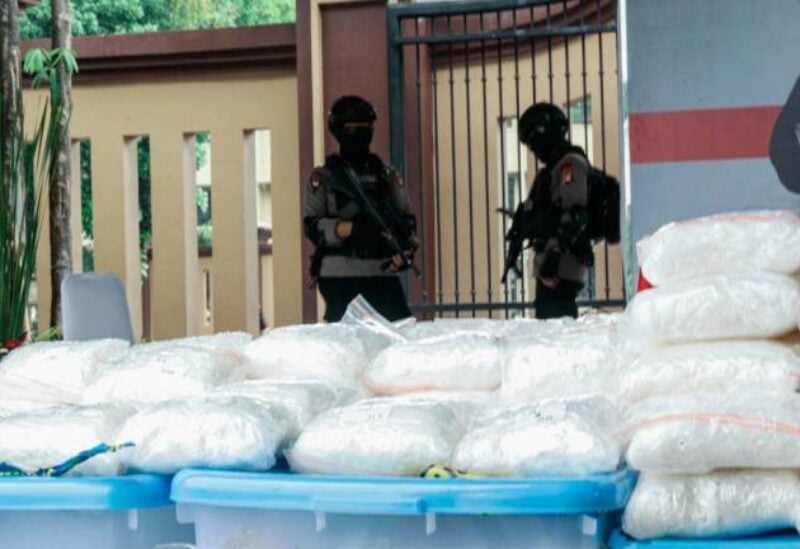 The huge drug haul, worth around $82 million, was found after raids in 3 locations, including in the capital Jakarta and in Aceh, on the island of Sumatra, National Police Chief Listyo Sigit Prabowo reported on Wednesday.

“We revealed that approximately 2.5 tonnes of methamphetamine drugs… entered Indonesia,” he told a news conference, where the drugs were displayed in plastic bags.

Police said one person was killed after resisting detention during the raids and 18 had been caught, including 17 Indonesian citizens and one Nigerian national.

Authorities said the drugs were shipped from Afghanistan via Malaysia.

In 2018, Indonesia seized 1.6 tonnes of crystal methamphetamine from a ship near the island of Batam.

The Southeast nation has among the more stringent anti-narcotics laws globally, with drug trafficking punishable by death.

Indonesia faced international criticism in 2015 when it executed a number of foreign nationals, including 2 Australians who were leaders of the Bali Nine heroin trafficking ring.

There has been an unofficial moratorium on the death penalty for drug trafficking since 2016, but Amnesty International said in a report the imposition of the death penalty jumped last year with 101 out of the 117 new death sentences for drug-related offences.