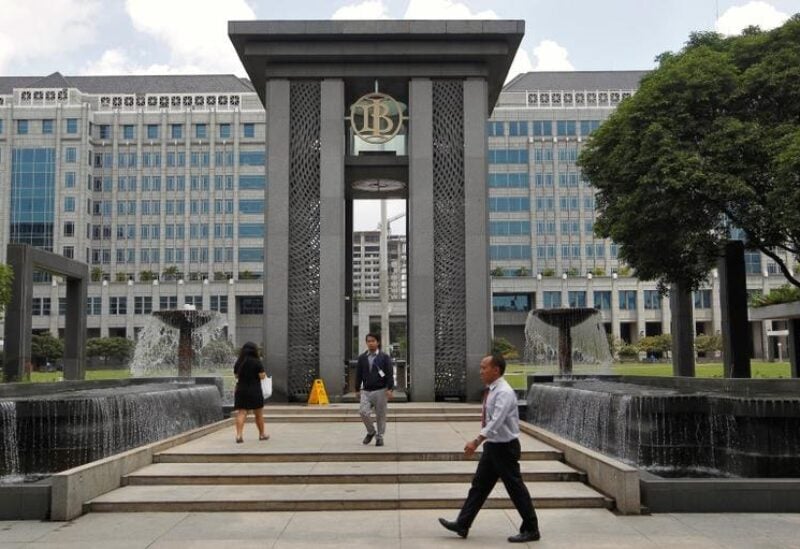 People walk near an entrance to Bank Indonesia's headquarters in Jakarta, Indonesia January 14, 2016. Indonesia's central bank, comfortable that higher U.S. interest rates have not spurred big outflows, cut its interest rates for the first time in nearly a year to try to lift an economy growing at its slowest pace since the global financial crisis. REUTERS/Garry Lotulung

Indonesia’s central bank has lowered its growth forecast for 2022 due to inflation and geopolitical uncertainties, but has kept interest rates at a record low to help the economy recover.

In a Reuters poll, all economists predicted Bank Indonesia (BI) to keep the benchmark seven-day reverse repurchase rate at 3.50 percent on Tuesday. Other policy rates for the overnight interbank money market remained unchanged.

BI has been adamant about maintaining low interest rates for as long as possible, even as other Asian central banks began to tighten monetary policy to temper a spike in commodity prices as the Ukraine-Russia war exacerbates supply chain disruptions.

Inflation in Southeast Asia’s largest economy was still within BI’s 2 percent to 4 percent target range, although consumer prices rose to a two-year high in March at 2.64 percent.

Jakarta has been keeping a lid on inflation by subsidising some fuel prices and intervening in cooking oil prices.

On the flip side, the commodity price upcycle has boosted Indonesia’s exports and trade surplus, which analysts said provided it with a cushion to confront global monetary tightening, including aggressive US rate hikes.

Previous monetary tightening moves by the United States had triggered capital outflows and swings in the rupiah currency.

Nonetheless, BI lowered its economic growth outlook for this year to 4.5-5.3 percent from 4.7-5.5 percent previously.

“Slower growth and higher inflation mark an uneasy combination for many policymakers now, including for Bank Indonesia,” said Wellian Wiranto, an economist at OCBC Bank.

“Going forward, despite such budding growth concerns, we expect BI to start to prioritise inflation fight,” he added, predicting BI would start its rate hike cycle next month for a total of 100 basis points this year.

During the pandemic, BI cut interest rates by a total of 150 basis points, or 1.5 percent, and injected billions of dollars into the financial system. It began to unwind its loose policy with a reserve requirement ratio hike in March.