Inflation and boycotts could spell trouble for Tunisia 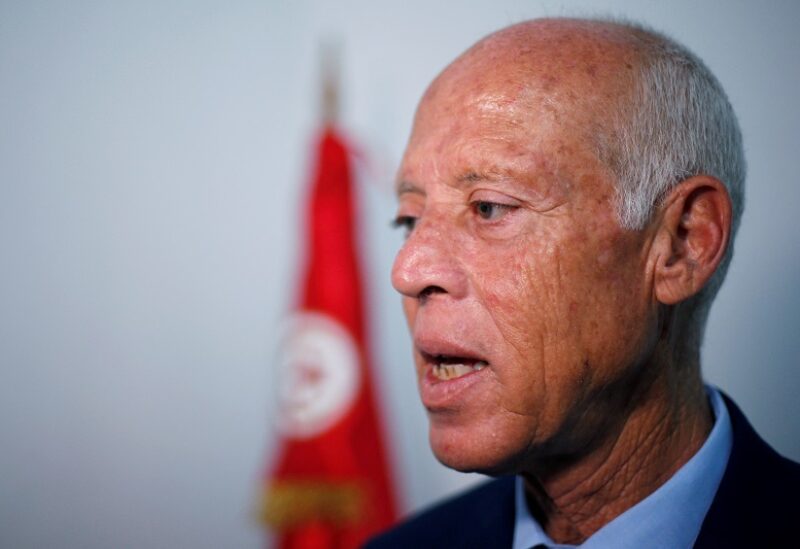 FILE PHOTO: Presidential candidate Kais Saied speaks during an interview with Reuters, as the country awaits the official results of the presidential election, in Tunis, Tunisia September 17, 2019. REUTERS/Muhammad Hamed/File Photo

While International observers remain doubtful about the impact of the oppositional boycott in Tunisia, the momentum of the National Salvation Front has waned significantly. It has been unable to sway a population that continues to blame political parties for the crisis.
Kais Alaoui has given up. The 47-year-old hasn’t been able to find work since he lost his hotel job on the island of Djerba during the COVID pandemic in 2020.

Now his savings are gone, and, with prices rising, even if he were to find work at a hotel again he wouldn’t make enough to meet his needs. “It’s impossible to make a living on the average pay of 500 Tunisian dinars [$155/€155] due to the price rise,” he told DW.

For now, he has postponed his “dream of having a little family.” Instead, he has applied for a position abroad and will soon leave for Northern Ireland.

Mohamed Denguezli from Tunis also isn’t able to afford enough to provide food for his family, even though he considers himself to have a relatively well-earning job. “The situation has changed dramatically,” the 38-year-old technician told DW.
According to the state-run National Institute of Statistics, food price inflation is at its highest in three decades, at close to 12% this August.

A lack of staple foods such as sugar or oil, and what Denguezli calls a “foggy political climate,” has kept the family father increasingly worried about a future in his home country.
According to the state-run National Institute of Statistics, food price inflation is at its highest in three decades, at close to 12% this August.

A lack of staple foods such as sugar or oil, and what Denguezli calls a “foggy political climate,” has kept the family father increasingly worried about a future in his home country.
In July 2021, Saied, then in his second year of a five-year-term as president, started ruling by decree. He dissolved the parliament, replaced the government, including the prime minister, and dismantled democratic institutions, like the Supreme Judicial Council.

Saied, however, has since argued that these steps were necessary to end the political paralysis, to erase corruption and to “protect the state from an imminent danger.”
However, while he was widely supported by the population at the beginning, these steps have been considered highly controversial by the political opposition.

The coalition against Saied’s government, the National Salvation Front, called for a boycott of the public referendum on the new constitution, which grants even more powers to the president. Yet it was passed with 96% ‘yes’ votes in July, albeit with a low voter turnout rate of 30%.

However, for Sami Hamdi, managing director of the London-based analysis firm The International Interest, the low turnout also “reflects the absence of significant popular support for Saied.”

Anthony Dworkin, senior policy fellow at the European Council on Foreign Relations, disagrees — for now. “Saied remains by far the most popular and trusted political figure in the country,” he told DW.

“Without anyone else to turn to, it seems that many people still hope that he will attend to their economic and social concerns,” Dworkin said.

At the same time, he believes that “there is little interest in Saied’s constitutional agenda and he would be unwise to think that his support is secure in the longer term.”
On Thursday, Saied published a draft presidential decree in the run-up to parliamentary elections on December 17. A day earlier, however, the National Salvation Front had called for a boycott of the election.

“We are not recognizing illegitimate elections, since they represent a perversion of the democratic process,” Jawhar ben Mobarak, head coordinator of the National Salvation Front, told DW.

For him, it’s obvious that the election mainly serves to “endorse the coup, and participation would mean the approval of the coup.”

This view is echoed by Dworkin. “It is clear that the opposition’s strategy is essentially to wait for economic hardship to turn people away from Saied and the system he has constructed and drive them into the streets,” he told DW. “It is a dangerous strategy to wait for public unrest,” he warned.