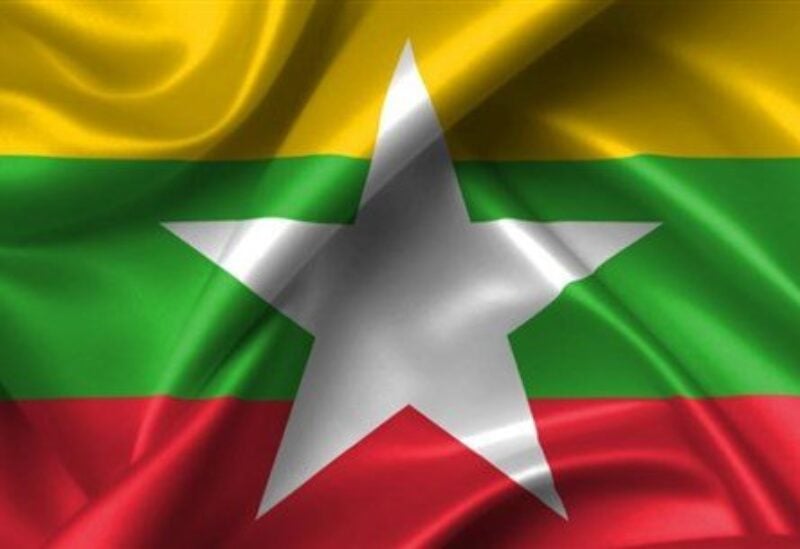 For the last seven weeks, Myint Htwe has been moving between secret locations, organizing meetings and planning protests.

The 45-year-old is one of a group of deposed Myanmar lawmakers attempting to reconstruct the civilian government after it was dissolved by the military in its Feb. 1 coup.

What he is doing is treason, punishable by death, according to announcements by the military.

“We are fugitives now,” he told Reuters by phone from one of several hideouts, having left his wife and two children behind for their safety. “We are working in secret, together.”

Myint Htwe and scores of other politicians, officials and activists are taking part in an unprecedented struggle for control of Myanmar playing out across the country and overseas. Reuters interviews with eight people working with the opposition provided a detailed account of how they are organizing.

Almost two months after the coup, the army is still facing street protests and strikes in most of the country’s major cities. Martial law is in effect in six townships in Yangon, the biggest city and former capital. Many people on the streets are using a three-fingered salute for resistance to authoritarian government and are calling it a “spring revolution.”

Myint Htwe said he is working with the Committee Representing the Pyidaungsu Hluttaw (CRPH), a body set up by deposed lawmakers, which aims to consolidate the resistance to the junta, creating new government structures capable of restoring order to the country and appealing to foreign nations for recognition. The junta says the body, which is operating in secret, is illegal.

He was one of dozens of lawmakers from the northern Sagaing region who swore themselves into a new regional parliament on Feb. 7. Some joined via video-conferencing service Zoom, others huddled around his laptop on a mat, he told Reuters. He took his cue from the CRPH, which oversaw the reformation of the national parliament three days earlier.

On March 14, CRPH acting vice-president Mahn Win Khaing Than, a former lawmaker and the group’s de facto leader, addressed the public for the first time in a Facebook broadcast. “This is the darkest moment of the nation and the moment that the dawn is close,” he said. The CRPH said in a statement last week it had decriminalized acts of self-defenses by people against the junta’s forces.

Myanmar’s military and police did not respond to requests for comment about the organization.

A spokesman for the junta said in a news conference on March 11 that it did not “accept” CRPH and would take action against the group. The military has not said how many people affiliated with the CRPH have been arrested by security forces.

CRPH has no official spokesman. Dr Sasa, a medical doctor who goes by one name, has spoken publicly on behalf of the group. The military said it has charged both Sasa and Mahn Win Khaing Than with treason in absentia. The two are in hiding.

State media reported in early February that Min Aung Hlaing, the leader of Myanmar’s military, described the coup as inevitable after the army’s allegations of fraud in the general election of November 2020 were ignored. Independent international poll watchers have said there were no major irregularities in the election, in which Aung San Suu Kyi’s National League for Democracy won 83% of the seats.

The coup ended a decade-long experiment in democracy in the Southeast Asian nation of 53 million, shattering hopes that it would emerge from more than half a century of military rule that kept the country isolated and impoverished.

Since then, security forces have killed at least 261 people, mostly at street protests, and detained more than 2,600 people, according to the nonprofit Assistance Association for Political Prisoners. People detained include the country’s elected leader Suu Kyi and members of her party, two of whom have died in custody. Telecom companies have said publicly they have been told by the army to shut down access to mobile internet and some Wi-Fi services. The army has not commented on the shutdown.

Many government workers are on strike, along with teachers and medics, meaning almost all civic offices, schools and hospitals are shut. Many private banks are also closed because of strikes. Imports have plunged as there are insufficient port staff to clear goods. Scarcity is pushing up prices of most goods while the currency depreciates.

In response to the chaos, the junta has deployed troops across the country, setting up roadblocks, occupying hospitals and universities in major cities and forcing civilians to comply with orders. State media issues frequent entreaties to civil servants to return to work and some of those striking have been evicted from government housing. The CRPH said on its website it has been raising funds online to pay civil servants so they can stay on strike longer.

Sasa told Reuters the group was seeking to access $1 billion in Myanmar’s funds held at the Federal Reserve Bank of New York, which the bank froze after the coup to prevent the junta from withdrawing it.

The strikes are part of a wider civil disobedience movement, known as the CDM, that has sprung to life. At least 400 police have fled across the border to India, saying they will not serve the junta.

One of the CRPH’s main tasks has been the formation of so-called people’s administrations across the country, organizing protests and implementing orders from an acting cabinet of 17 ministers, who are in hiding, issuing instructions via the CRPH Facebook page, which has more than 1.6 million followers, according to people working with them. Recently, the group declared the army a terrorist organization. The army has not responded publicly to that accusation.

The CRPH also announced the abolition of the police disciplinary act, which punishes officers who disobey orders, in an attempt to encourage more desertions. There is no evidence that the police, ultimately controlled by the military, will recognize the change. Police officials could not be reached for comment.

Facebook, the biggest source of information for most people in Myanmar, has removed most of the military’s official channels, citing the likelihood of further violence, leaving them with only state television broadcasts to address the population.

Amid the chaos, analysts monitoring the situation told Reuters it is hard to tell who controls certain parts of Myanmar. The CRPH has announced people’s administrations have been formed in all but one of the 45 townships of Myanmar’s commercial hub of Yangon, all but two in Mandalay, the second city, and all of six other regions. About 24 million people, more than a third of the population, now live in these areas.

Philipp Annawitt, a former adviser to Myanmar’s parliament with the United Nations Development Programme, who now works as a researcher and analyst, said although CRPH-aligned local administration bodies were quickly formed in Yangon, the heavy presence of security forces makes it difficult for them to act in practice.

But in rural regions where security forces have less of a presence, Annawitt said the new local administrations are making sure water and electricity services continue while helping to organize and fund strikes and protests.

Myint Htwe told Reuters he had helped form such people’s administrations in all 37 of the Sagaing region’s townships, organizing protests and implementing instructions of ministers at the community level.

“If I run out of money, I will sell my car,” he told Reuters.

In Yangon, the local administrations were formed quickly in co-ordination with night-watch groups organized by local leaders and young protesters in response to nightly raids by soldiers, said a political scientist working on the ground with the CRPH who asked not to be named for security reasons.

Some of the administrations have been formed secretly, according to the political scientist, while others have been announced on social media. Myanmar has a strong tradition of community organization and many groups previously helped with the response to the new coronavirus, two of the people interviewed by Reuters said.

They have now turned to running the resistance. “We all lost our future. We couldn’t work on anything else, have to focus on this,” the political scientist said.

Beyond the fight to run local administrations, a similar battle for recognition as the legitimate government of Myanmar is playing out on the international stage.

Sasa, who also acts as the CRPH’s international envoy, has been holding virtual meetings with the leaders of ethnic armed groups based around Myanmar’s borders, who control vast swathes of territory in Myanmar and have been locked in decades-long wars with the military, vying for greater autonomy.

About a quarter of the country’s population lives in an area where at least one ethnic armed group claims territory. Sasa has said publicly that Myanmar will become a federal democracy, a long-held demand of ethnic groups, if the resistance prevails.

The CRPH scored an unexpected international victory on Feb. 26 when Kyaw Moe Tun, Myanmar’s permanent representative to the United Nations, told a meeting of the world body that the junta was illegitimate and pledged his support to the new civilian government as he held back tears and made the three-finger salute.

More than two dozen Myanmar diplomats have followed suit, from Los Angeles to Geneva and Berlin, saying they will not work for the junta, local media have reported. After Kyaw Moe Tun’s speech, the military recalled about 100 envoys around the world.

Kyaw Swar Tun, third secretary of the Washington D.C embassy, who is from a military family but said he has rejected army rule along with half the staff, said he watched the speech through tears.

“I cried. Everybody did,” he told Reuters, saying that he will not follow orders from the army. “I am decided to struggle to close down this military regime.”