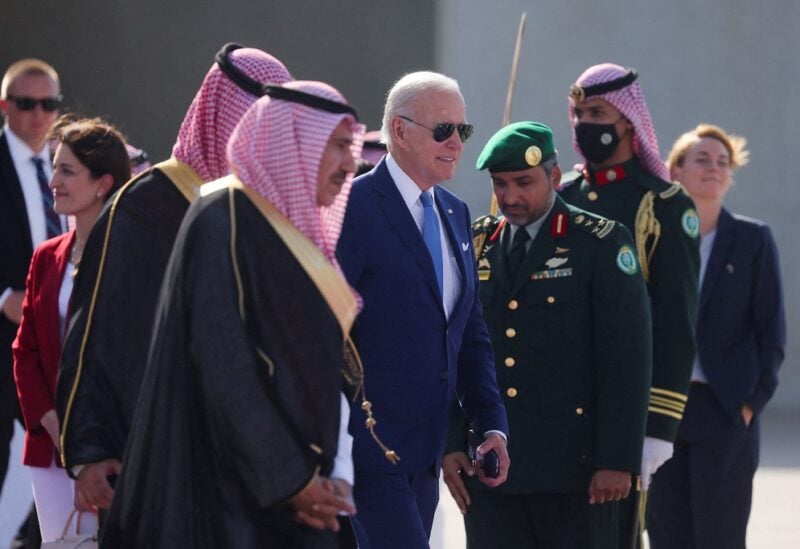 The United States believes there is potential for a multilateral regional approach to security, but there is currently no structure for an integrated air and missile defense system for the Middle East, according to a senior U.S. administration official on Thursday.

President Joe Biden brought up the issue during a trip to Saudi Arabia earlier this month. He spoke with the leaders of nine Arab countries after visiting Israel, but he returned without receiving any public backing from the Arab world for a regional security axis.

“It’s an idea right now, there’s no framework for it … but it was important for the president to raise the issue of better regional integrated air and missile defence,” said the administration official, who declined to be named.

Saudi Arabia and the United Arab Emirates have been frustrated by U.S. conditions on arms sales. The two countries were also irked by their exclusion from indirect U.S.-Iran talks on reviving a 2015 nuclear pact they see as flawed for not addressing Iran’s missile programme and regional behaviour.

Israel, which shares their concern over Iran, encouraged Biden’s trip to Jeddah, hoping it would foster a warming between Saudi Arabia and Israel as part of a wider Arab rapprochement after the UAE and Bahrain forged ties with Israel.

During the trip, Saudi Arabia announced it would open its airspace to all air carriers, paving the way for more overflights to and from Israel. The Saudi foreign minister later said this was not a precursor to further steps and that he was not aware of any discussions on a Gulf-Israeli defence alliance.