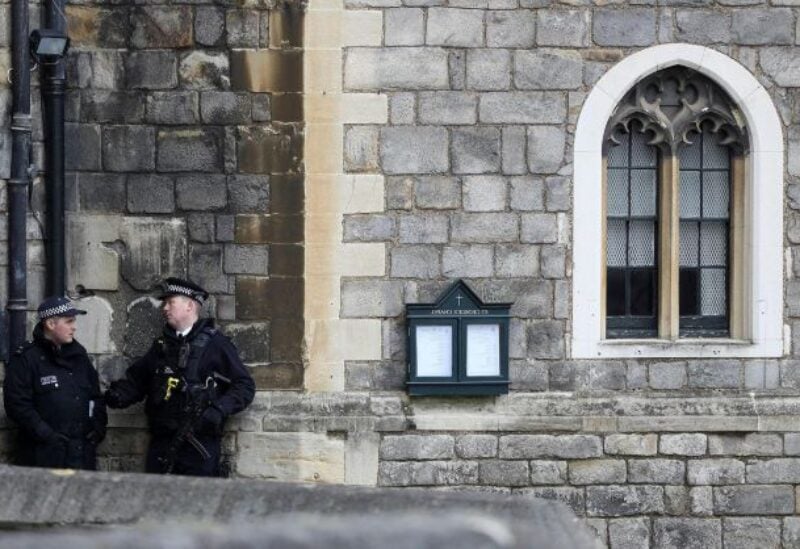 Police said on Saturday that a man who entered the grounds of Windsor Castle, where Britain’s Queen Elizabeth is spending the holidays, was detained and is being held on suspicion of possessing an offensive weapon.

The 19-year-old from Southampton, England, did not enter any buildings, and security procedures were activated within seconds, according to Thames Valley Police.

The 95-year-old monarch was spending Christmas with her son, Prince Charles, his wife, Camilla, and other close family members at Windsor Castle, where she has spent most of the COVID-19 epidemic.

“The man has been arrested on suspicion of breach or trespass of a protected site and possession of an offensive weapon,” said Thames Valley Police Superintendent Rebecca Mears.

She added that members of the royal family had been informed about the incident and that police did not believe there was a wider danger to the public.

The incident took place at about 0830 GMT.

Charles, Camilla and other royal family members were pictured later in the morning arriving for a Christmas church service at St George’s Chapel within the Windsor Castle complex.

There was no suggestion that any of the royal family’s plans had been disrupted by the incident.

Security breaches at royal residences are rare. The most serious one in the queen’s reign happened in 1982, when an intruder climbed a wall to enter Buckingham Palace, her London home, and wandered into a room where she was in bed.

In 2016 a man with a previous murder conviction pleaded guilty to trespass after scaling a perimeter wall at Buckingham Palace and asking if the monarch was at home.

The royal family normally spend Christmas at the queen’s Sandringham estate in eastern England, but that tradition has been disrupted by the COVID-19 pandemic. She spent Christmas of 2020 at Windsor, too.

The queen made no public appearance on Saturday. In a pre-recorded Christmas message to the nation, she spoke of the loss of her husband, Prince Philip, who died in April aged 99. The couple were married for 73 years.