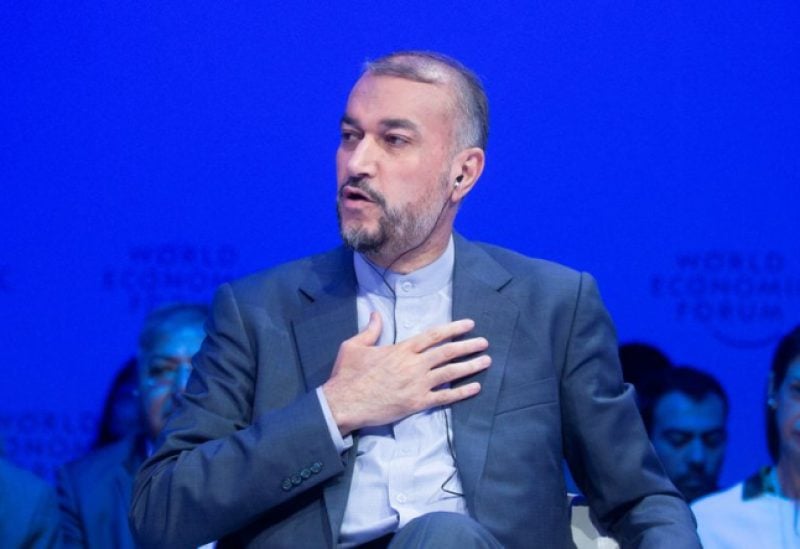 For the first time, the Iranian foreign minister acknowledges that his country has supplied Russia with drones, insisting the transfer came before Moscow’s war on Ukraine that has seen the Iranian-made drones divebombing Kyiv.
The comments by Iranian Foreign Minister Hossein Amirabdollahian come after months of confusing messaging from Iran about the weapons shipment, as Russia sends the drones slamming into Ukrainian energy infrastructure and civilian targets.
“We gave a limited number of drones to Russia months before the Ukraine war,” Amirabdollahian told reporters after a meeting in Tehran.
Previously, Iranian officials had denied arming Russia in its war on Ukraine. Just earlier this week, Iran’s Ambassador to the UN Amir Saeid Iravani called the allegations “totally unfounded” and reiterated Iran’s position of neutrality in the war. The US and its Western allies on the Security Council have called on Secretary-General Antonio Guterres to investigate if Russia has used Iranian drones to attack civilians in Ukraine.
Even so, Iran’s paramilitary Revolutionary Guard has vaguely boasted of providing drones to the world’s top powers. Supreme Leader Ayatollah Ali Khamenei has extolled the efficacy of the drones and mocked Western hand-wringing over their danger. During state-backed demonstrations to mark the 1979 US Embassy takeover on Friday, crowds waved placards of the triangle-shaped drones as a point of national pride.
As he acknowledged the shipment, Amirabdollahian claimed on Saturday that Iran was oblivious to the use of its drones in Ukraine. He said Iran remained committed to stopping the conflict.
“If (Ukraine) has any documents in their possession that Russia used Iranian drones in Ukraine, they should provide them to us,” he said. “If it is proven to us that Russia used Iranian drones in the war against Ukraine, we will not be indifferent to this issue.”