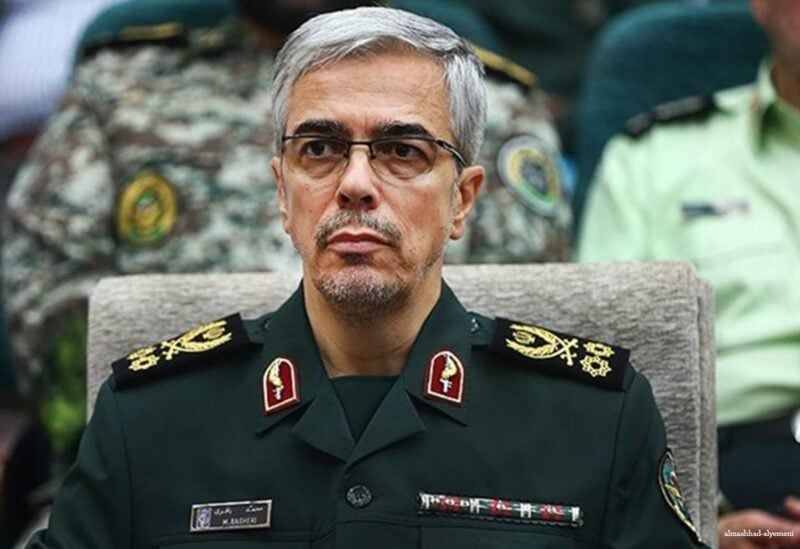 Iranian Chief of Staff of the Armed Forces Major General Mohammad Bagheri has warned that Israel cannot target Syria without retaliatory acts being taken against it.

Tasnim News Agency quoted Bagheri as saying: “The Zionists believe that they can permanently target Syrian territory and cause harm to different locations on land and sea without receiving an adequate response.”

“Certainly, the measures that have been taken in the past few days and the ones to be taking in the future in a way that endangers their interests will talk some sense into them. We will not say anything about who will do it and we do not know who they are, but the resistance front will provide a drastic response.”

The Syrian regime’s Ministry of Oil and Mineral Reserves announced on Saturday that the firefighting teams put out a fire in an oil tanker off Syria’s Banias refinery, indicating that the ship was attacked by a drone coming from the direction of Lebanese territorial waters.

Iranian media announced that the tanker is Iranian and was among three ships carrying oil to Syria.

Since the beginning of the conflict in Syria in 2011, Israel has carried out hundreds of raids and bombings, mainly targeting sites of the Syrian regime’s army and Iranian and Hezbollah targets.

Months ago, a number of similar incidents targeting vessels occurred, leading to an exchange of accusations between Tehran and Tel Aviv, in an indication of the start of a “controlled” war between the two parties.