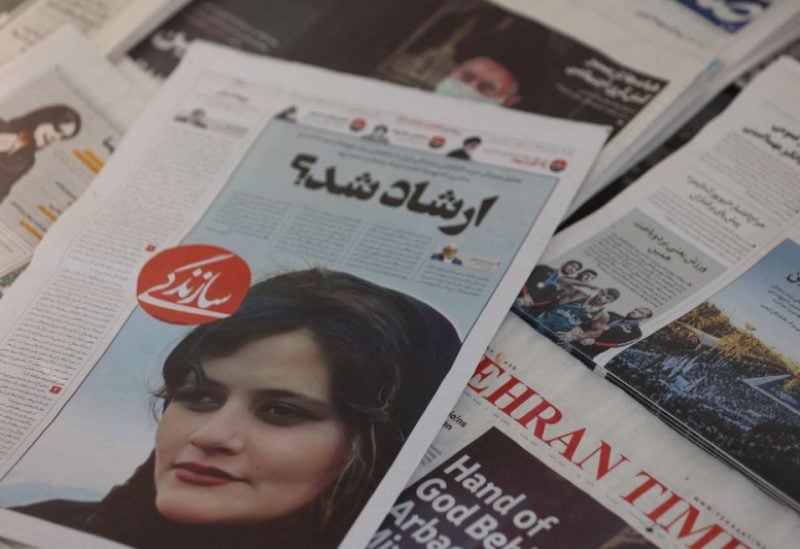 Tasnim news agency reported that Iran’s Revolutionary Guards have arrested 12 alleged members of a European-linked group accused of planning acts of sabotage in the country.
The Islamic republic has been rocked by more than two months of what it calls deadly “riots” that it says have been fomented by the United States, its allies and foreign-based opposition groups.
The street violence erupted in mid-September after the death of Mahsa Amini, a 22-year-old Iranian woman of Kurdish origin, in the custody of the morality police in Tehran.
In a statement quoted by Tasnim, the Islamic Revolutionary Guard Corps in Markazi province, southwest of Tehran, said it had arrested “a network with 12 members with links abroad.”
It alleged they had been “under the guidance of counter-revolutionary agents living in Germany and the Netherlands” and carried out “activities against national security.”
They had “attempted to procure weapons and intended to carry out subversive acts” but had been captured before being able to do so, it added.
The Guards statement said the “riots project has failed,” in reference to the nationwide protests triggered by Amini’s death.
It warned that acts of sabotage would continue, however, and appealed for the “vigilance of loyal people… especially shopkeepers, students and workers” to foil them.
It appeared to be referring to calls for a three-day strike culminating Wednesday on “Student Day,” as part of the protests.
An Iranian general said last week that more than 300 people have been killed in the unrest, including dozens of security personnel.
Oslo-based non-government organization Iran Human Rights said at least 448 people had been “killed by security forces in the ongoing nationwide protests.”
Thousands have been arrested, including prominent Iranian actors and footballers.