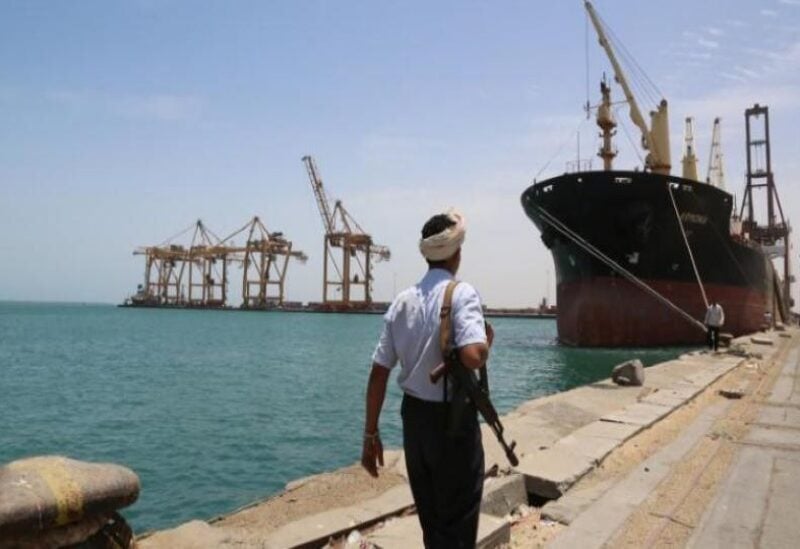 The Arab Coalition reported on Monday that the Iran-backed Houthi militia launched four ballistic missiles from the civilian port of Hodeidah and Sanaa International Airport at the northern Yemeni town of Harad.

Fighting has erupted in the town as armed troops from Yemen’s internationally recognized government attempt to reclaim it from the Houthis.

“The military usage of Hodeidah port and Sanaa airport endangers regional and international security,” claimed an Arab Coalition spokeswoman in a statement reported by the Saudi Press Agency (SPA).

Yemeni military sources informed the Okaz daily that the Yemeni army, supported by the coalition air force, is conducting a battle in the town where Houthi commanders are holed up.

According to Okaz, government troops have asked the Houthis in Harad to surrender quietly, but they have refused.

In November, the Houthis took control of Hodeidah port, one of the country’s most strategically crucial.

The Houthis captured the United Arab Emirates-flagged ship Rwabee off the coast of Hodeidah in January.

Soon after, the United Nations Mission to Support the Hodeida Agreement (UNMHA) voiced “grave worry” over accusations that the Houthis were militarizing the port, claiming that the port was critical to the poor country and demanded an inspection.

In recent months, the Arab Coalition has increased air raids on Sanaa airport, which it claims houses missile and drone launch facilities.

The Houthis launch missiles and drones at targets in southern Saudi Arabia on a daily basis.

The Houthis conducted unprecedented strikes on the UAE in January, killing three people.

Yemen’s civil war has been underway since 2014, when the Houthis overtook the internationally recognized government in Sanaa.

As part of the Arab Coalition, Saudi Arabia and the United Arab Emirates intervened in 2015.