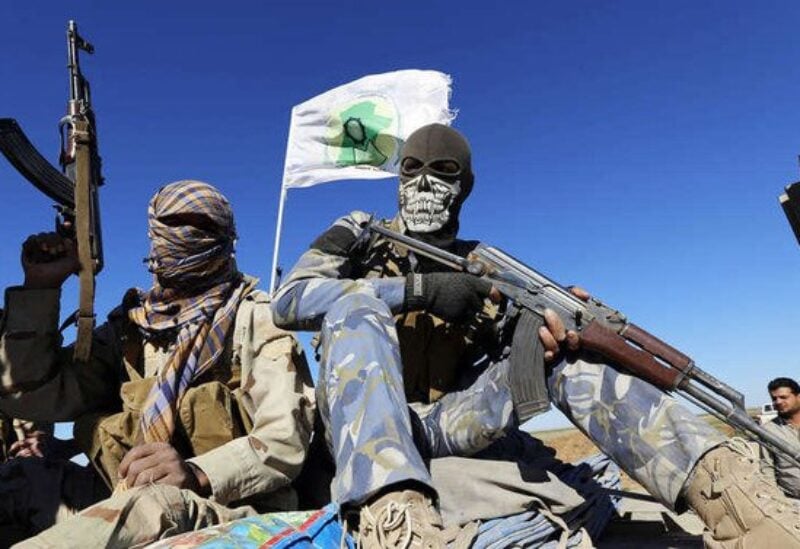 Iran has selected hundreds of trusted fighters from among the cadres of its most powerful allied militia in Iraq, to ​​form with them smaller factions that include elite elements, in a new tactic that reduces its dependence on the known militias it has worked with for years, according to a special report published by Reuters, Friday.

The report says that the new underground groups have been trained since last year in drone warfare, surveillance, online propaganda and direct communication with IRGC-QF officers.

According to accounts by Iraqi security officials, militia leaders, and Western diplomatic and military sources who spoke to Reuters, these groups are responsible for a series of complex attacks against the United States and its allies in Iraq and the region.

Reuters says that Iran adopted this new tactic after the setbacks it suffered in Iraq recently, represented by the decline in the popularity of militias loyal to it as a result of protests against Iranian influence and the killing of Qassem Soleimani in an American strike in 2020.

The killing of Soleimani, who was managing the file of Shiite militias in Iraq, was a heavy blow to Tehran because his successor, Ismail Qaani, did not have the same influence over the militia leaders who were divided and became difficult to control, after Soleimani was absent from the Iraqi scene.

Thus, Iran sees that relying on smaller groups has more effective tactical advantages, because they are less vulnerable to penetration, and they can use the latest technology that Iran has developed to strike its opponents, such as drones.

“The new factions are directly linked to the Iranian Revolutionary Guard … They are taking their orders from them and not from any Iraqi side,” an Iraqi security official told Reuters.

The agency notes that this account was confirmed by a second Iraqi security official, three leaders of a large pro-Iranian militia, an Iraqi government official, a Western diplomat, and a Western military source.

“It appears that the Iranians have formed new groups of individuals who have been chosen with great care to carry out the attacks and maintain complete secrecy,” says one pro-Iranian militia leader, adding, “We don’t know who they are.”

Iraqi security officials confirm that at least 250 fighters traveled to Lebanon over a period of several months in 2020, where they were trained by advisers from the Iranian Revolutionary Guard and the Lebanese Hezbollah group.

The exercises included how to launch drones, missiles and plant bombs, in addition to attacking opponents on social media.

An Iraqi security official stated that “the new groups operate in secret, and their leaders are unknown and are directly subordinate to the Iranian Revolutionary Guard Corps.”

Iraqi security officials and Western sources said that the new groups are behind the attacks that targeted the US-led forces at the Iraqi air base of Ain Al-Asad this month, Erbil International Airport last April, and Saudi Arabia in January this year, all of which used drones loaded with explosives.

These attacks did not cause casualties, but alarmed Western military officials, according to Reuters.

Iranian officials and representatives of the Iraqi government, pro-Iranian militias, and the US military did not respond to Reuters’ requests for comment on this information. The US State Department said it could not comment.

During the past years, Iran has supported the large militias in Iraq, such as the Hezbollah Brigades, the Sayyid al-Shuhada Brigades and Asaib Ahl al-Haq.

Militia leaders who spoke to Reuters confirm that with the killing of Soleimani, and thousands of Iraqis taking to the streets to protest and publicly criticize groups linked to Tehran, officials in Iran have become suspicious that some of these militias are losing their popularity.

A militia leader said that the Iranians “believe that leaked information from a militia helped kill Soleimani, and that they also noticed divisions among militia leaders on issues related to personal interests and power struggles.”