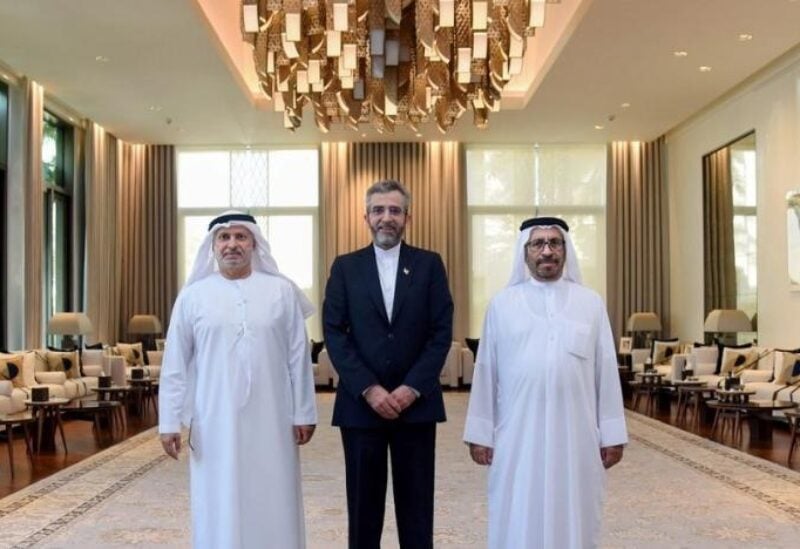 The discussions stressed the importance of strengthening relations “on the basis of good neighborliness and mutual respect,” working for greater regional stability and prosperity and developing bilateral economic and commercial ties, WAM said.

Bagheri Kani said in a tweet that Iran and the UAE had agreed to open a new chapter in bilateral relations, without elaborating.

Gargash earlier this month said that the UAE was taking steps to de-escalate tensions with Iran.