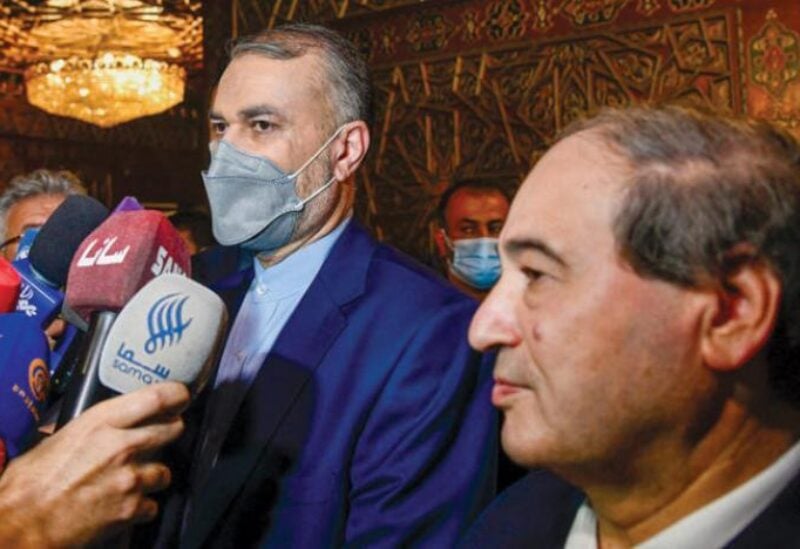 Damascus has voiced its confidence that good relations with Tehran will continue under President Ebrahim Raisi with the Syrian Foreign Minister Faisal Mekdad saying ties with its ally are on track to develop in the coming months.

Mekdad’s remarks were made upon the arrival of his Iranian counterpart, Hossein Amir-Abdollahian, at Damascus International Airport on Sunday.

Abdollahian’s visit is “important, not just because it’s his first, but because vital issues will be discussed,” said Mekdad, adding that he will tackle bilateral ties, international developments and regional issues with Tehran’s new top diplomat.

For his part, Abdollahian expressed complete trust in Tehran and Damascus taking “mighty steps” to confront US sanctions imposed on them and confirmed that their relations would strengthen under Iran’s new leadership.

His visit to Syria comes a day after he represented Iran at a Baghdad conference attended by officials from around the Middle East aimed at easing regional tensions.

During his meeting with Mekdad, Abdollahian said “the courage of former Quds Force commander Qassem Soleimani played a vital role alongside the Syrian army in defeating ISIS.”

Soleimani was killed in a US drone strike near Baghdad’s international airport in January 2020.

Abdollahian stated that the blood of Iranians and Syrians spilled on the battlefield of the fight against terrorism in Syria guarantees the continuation of the strategic relations between the two countries.

“We have entered a new phase of trade and economic relations between the two countries and peoples, and today I am here first to emphasize the development and expansion of relations and stress that Syria is at the forefront of the resistance,” he said.

Before attending the regional session in Baghdad, he confirmed he would convey all the conference’s details to Syrian President Bashar al-Assad.

He said that Tehran is consulting with Damascus on matters of regional security and sustainable development.

Abdollahian stressed that Tehran would consult directly with Damascus regarding the Baghdad conference and the role of the region’s countries in any initiative.