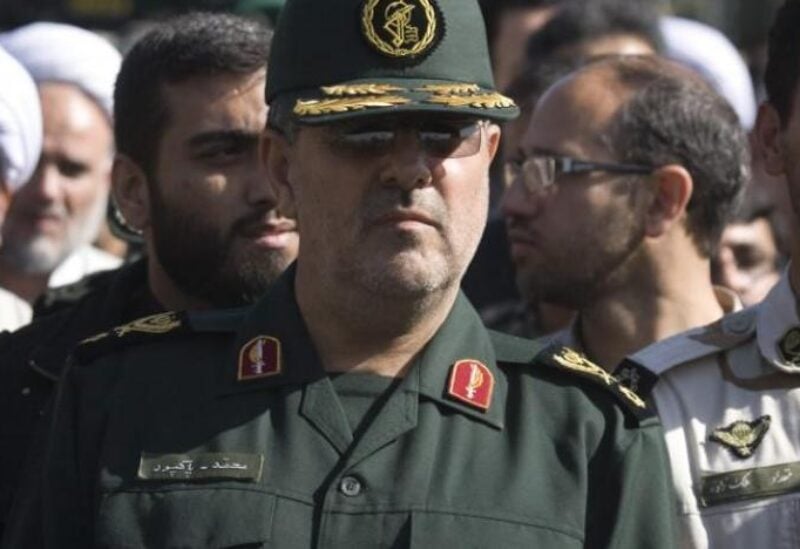 The commander of the ground forces of the Iranian Revolutionary Guards threatened to bombard the positions of the Kurdish opposition in Iraqi Kurdistan, warning the residents of the northern region not to approach the bases of the anti-Tehran parties.

Iranian commander, General Mohammad Pakpour, was speaking on Monday, shortly after his arrival at the bases of the IRGC forces in the border triangle between Iran, Turkey and the Kurdistan region of Iraq.

Fars news agency reported that Pakpour’s tour came amid new movements of “armed terrorist groups” in the region – a reference to Kurdish opposition factions deployed in the border areas.

He noted that previous warnings were sent to officials in the Kurdistan region about the growing activity of Kurdish armed factions in western Iran.

Pakpour described the Kurdish opposition as “terrorist and counter-revolutionary groups,” saying: “They threaten stability and calm in the border areas, and cause harm to the people.”

“We have issued the required warnings to the Iraqi government and regional officials in the north of this country,” he added.

He stressed that the Iraqi government and the Kurdistan region “should not allow terrorists to roam and set up headquarters on their lands, and cause a security threat to Iran.”

“Any negligence in this regard contradicts the principles of good neighborliness and friendly relations between the two countries,” he remarked.

Pakpour spoke of “the possibility of a decisive and shocking response” against the Kurdish parties “given the conditions of the region.” He advised the residents of that area to stay away from the headquarters of the Kurdish parties to avoid being harmed.

The warning came about two weeks after the region’s Ministry of Interior requested the Kurdish opposition parties from neighboring countries to “abstain from using the territory of the Kurdistan region as a base for their operations and to spare the area a regional conflict.”