Iran hits back at Olaf Scholz after video on sanctions 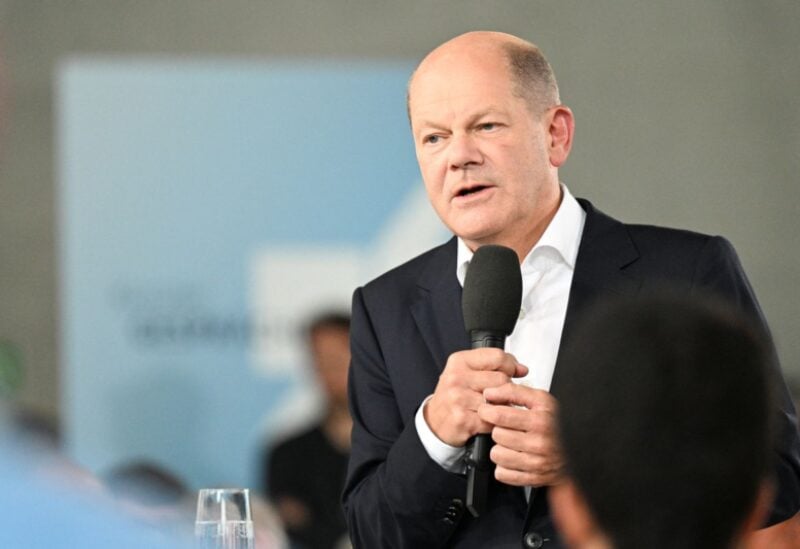 Iranian Foreign Ministry spokesman Nasser Kanaani said on Sunday, that German Chancellor Olaf Scholz’ comments are “provocative, interfering and undiplomatic”, referring to scholz’ use of his weekly video podcast to express support both for protesters in Iran and for further EU sanctions against the regime in Tehran.
He said the comments risked sabotaging the historical relationship between the two countries.
“We recommend that the German government find the way back to discretion so as to avoid further disruption of bilateral ties,” Kanaani said.
What had Scholz said about Iran?
Scholz had spoken about the protests sweeping much of Iran in recent weeks since the death of young Kurdish-Iranian woman Jina Mahsa Amini in police custody, and the often violent crackdown by Iranian authorities.

At one point, he addressed the Iranian government directly, asking: “What kind of government does it make you if you shoot at your own citizens? Those who act in such a way must expect us to push back.”

He said that Germany would be supporting talks at the EU level scheduled for Monday on further sanctions targeting “all those who are responsible for this violence against their own people.” Several sets of new EU sanctions were imposed in October, mainly concerning the crackdown but also the allegations of Iran providing drones to Russia for use in Ukraine.

Scholz’s foreign minister, Annalena Baerbock, will be at those talks in Brussels.

Scholz said the protests, which often started with young women taking off their headscarves in public, had long morphed into something more than “merely a question of dress codes.”

“Pupils, students, mothers, fathers, grandparents — all of them are fighting on the streets for more freedom and justice,” Scholz said, adding that it was difficult in Germany to appreciate how much courage it took to do this in the face of a repressive state.

Iran, meanwhile, has taken to referring to the protests as “riots.”

Its local state-sponsored media reported a string of arrests on charges connected to rioting on Sunday.

However, the government in Tehran rejects claims from rights groups abroad that more than 14,000 people have been arrested in the unrest in recent weeks, an estimate Scholz also alluded to in his video.