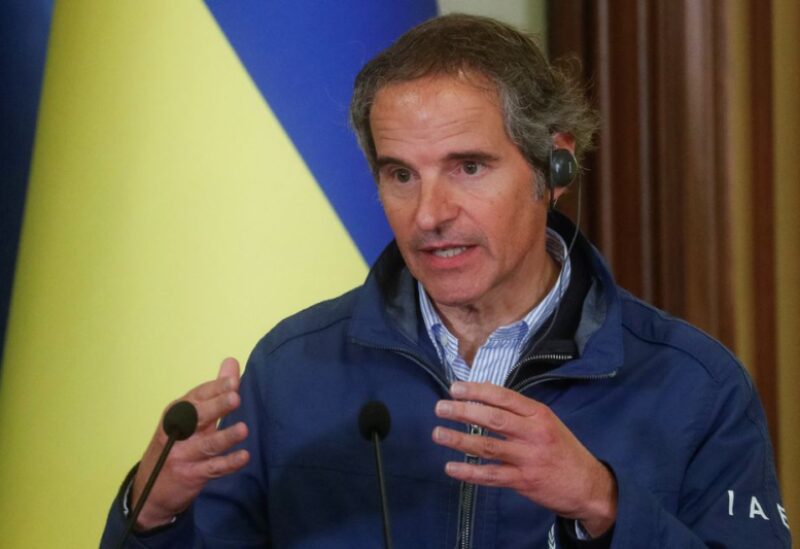 After Western governments submitted a motion to the UN atomic energy watchdog to censure Iran for non-cooperation, the latter insisted Wednesday that it had declared all sites which hosted past nuclear activities.

“These fake documents seek to maintain maximum pressure” on Iran, he added, referring to the crippling economic sanctions reimposed by Washington when then president Donald Trump abandoned a nuclear deal between Iran and major powers in 2018.

The resolution submitted to the International Atomic Energy Agency by the United States, Britain, France and Germany is the first since June 2020 when a similar motion censuring Iran was adopted.

In a joint statement to the IAEA’s Board of Governors, Britain, France and Germany said they “strongly urge Iran to stop escalating its nuclear program and to urgently conclude (the) deal that is on the table.”

The motion is seen as a sign of growing Western impatience with Iran after talks on reviving the 2015 deal stalled in March.

“This recent move by three European countries and the US by presenting a draft resolution against Iran is a political one,” Eslami said, adding that “Iran has had maximum cooperation with the IAEA.”

The trigger for the latest Western condemnation was a report issued by the IAEA late last month in which it said it still has questions about traces of enriched uranium previously found at three sites, which Iran had not declared as having hosted nuclear activities.

The watchdog said those questions were “not clarified” in its meetings with Iranian authorities.

The IAEA Board of Governors is expected to vote on the motion later on Wednesday or on Thursday, diplomats said.

European governments have expressed mounting concern over how far Iran has gone since the US reimposed sanctions in resuming nuclear activities it had halted under the 2015 deal.

Iran has built up large stockpiles of enriched uranium, some of it enriched to levels far higher than those needed for nuclear power generation.

“Its nuclear program is now more advanced than at any point in the past,” the governments said in their joint statement, adding Iran’s accumulation of enriched uranium has no “credible civilian justification.”

Talks to revive the nuclear accord started in April last year with the aim of bringing the United States back in, lifting sanctions and getting Iran to return to the limits it agreed to on its nuclear activities.

But negotiations have stalled in recent months and the EU’s top diplomat Josep Borrell warned in a tweet last weekend that the possibility of returning to the accord was “shrinking.”

IAEA head Rafael Grossi told reporters on Monday that it would be “a matter of just a few weeks” before Iran could get sufficient material needed for a nuclear weapon if they continued to develop their program.

A report earlier showed that Iran turned off two surveillance cameras of the UN’s nuclear watchdog that monitored one of its atomic sites.
The report did not identify the site.
Iran has been holding footage from IAEA surveillance cameras since February 2021 as a pressure tactic to restore the atomic accord.