Iran is ‘greatest, single threat’ to stability in Middle East: US general 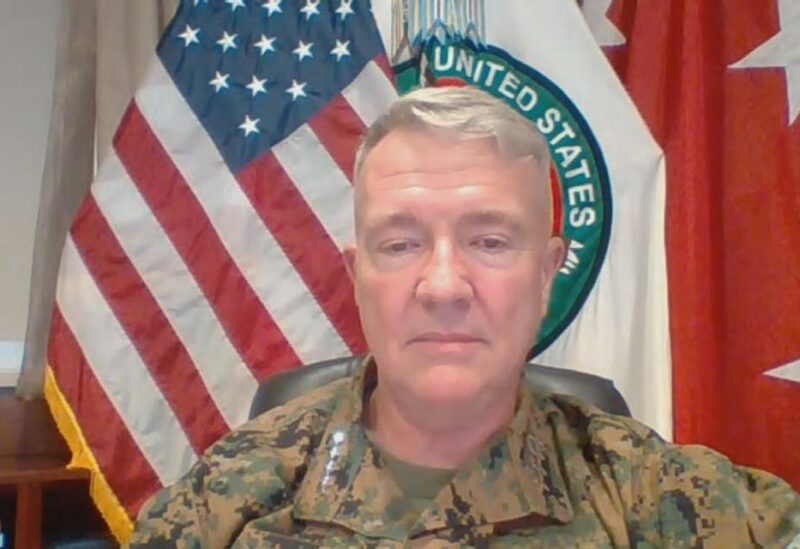 Iran is still the “greatest, single threat” to stability in the region, the top US general for the Middle East said Tuesday.

“And they still pursue a wide variety of malign activities, both directly and through proxies, that threaten not only us but our friends and partners across the region,” head of US Central Command (CENTCOM) Gen. Frank McKenzie told Al Arabiya during a televised interview.

Despite the continued malign activities of Iran and its proxies across the region, Washington is not looking for war with Iran.

“What we would like for them to do is actually return to the family of nations in a responsible manner,” the US general said, noting the current nuclear talks in Vienna between US and Iranian officials via European, Russian and Chinese mediators.

The Biden administration, which has been adamant on reaching a nuclear deal with Iran, is currently engaging indirectly with Tehran. But McKenzie warned: “While our diplomats do their work … it’s not in Iran’s interest to disturb this to some kind of military adventure.”

McKenzie added that “nothing is off the table” when it comes to options of dealing with Iran and any potential attacks it may carry out on US interests.

Iranian-backed militias continue to target bases in Iraq that host US forces and contractors.

US troops are in Iraq at the invitation of the government in Baghdad to help fight ISIS.

McKenzie said Iran had tried and was continuing its attempts to push US troops out of Iraq by carrying out attacks through its proxies and militias. “I believe we’re going to be able to stay in Iraq … and the future will be decided between the United States and the government of Iraq, not by some third party like Iran,” he said.

Asked about the decision by President Joe Biden to withdraw US troops from Afghanistan, McKenzie said the military was “fully committed” to carrying out the orders.

Once US troops leave, the government of Afghanistan and its security forces will be responsible for protesting the US Embassy.

He also reiterated previous comments about the uphill battle Afghani forces would face in dealing with the Taliban and defending themselves. “It will be a very difficult fight for the military; we will do everything we can to help them, but we will no longer be in the country and able to stand behind them there.”

As for the peace deal, which was previously agreed between the US under the Trump administration and the Taliban, McKenzie said the latter had not negotiated in good faith. “The Taliban has been committed to fighting throughout the entire process,” he said.

With an estimated troop count of less than 1,000 in Syria, McKenzie said the goal of US presence in Syria was to “finish the destruction of ISIS, working with our [Syrian Democratic Forces] SDF partners up and down the Euphrates River Valley.

“That’s the beginning and end of our mission there,” he said.