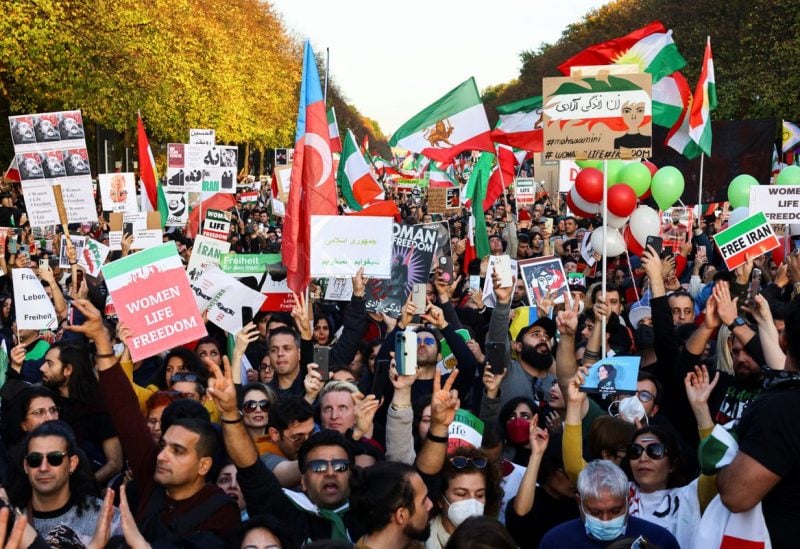 As the Islamic Republic battles to quell the largest display of opposition in years, hardline Iranian MPs urged the courts to “deal harshly” with those who cause disturbance on Sunday.

After the death of Mahsa Amini, a young Kurdish Iranian lady who had been held by morality police for allegedly violating the severe clothing code enforced on women, widespread anti-government protests broke out in September.

“We ask the judiciary to deal decisively with the perpetrators of these crimes and with all those who assisted in the crimes and provoked rioters,” 227 lawmakers from Iran’s 290-seat, hardline-led parliament said in a statement, according to state media.

The activist HRANA news agency said that 318 protesters had been killed in the unrest as of Saturday, including 49 minors. Thirty-eight members of the security forces had also been killed, it added.

State media said last month that more than 46 security forces, including police, had been killed. Government officials have not provided an estimate of any wider death count.

Iranian leaders have vowed tough action against protesters they have described as rioters, blaming enemies including the United States of fomenting the unrest.

Demonstrations continued in many cities on Sunday, from Tehran to central city of Yazd and northern city of Rasht, according to rights groups and videos on social media.

Reuters could not verify the rights groups’ reports independently, or the social media posts and footage.

In the Kurdish city of Marivan, rights group Hengaw said security forces opened fire on crowds who had gathered after the funeral of another woman, Nasrin Ghaderi, to protest against her death.

Hengaw said Ghaderi died in a coma on Saturday after suffering severe blows to her head by the security forces while demonstrating in Tehran.

According to a prosecutor quoted by state media, Ghaderi had a pre-existing cardiac condition and died as a result of “poisoning,” without providing any other information. The report of firing received no quick official response.

Weeks after Amini’s death, a coroner’s report refuted her parents’ claims that she had died from blows to the head received while being held captive and connected her death to prior medical issues.

According to unconfirmed videos posted on social media, students from a dozen institutions, including those in the northern cities of Rasht and Amol, demonstrated on Sunday while yelling “death to dictator,” a reference to Iran’s supreme leader, Ayatollah Ali Khamenei.