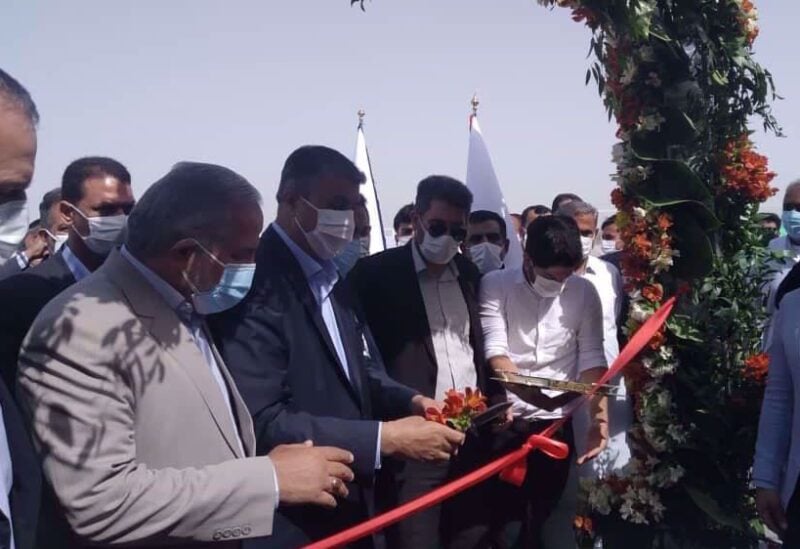 Iran and Pakistan have opened their third official border crossing with the aim of facilitating business and trade exchanges and creating new job opportunities for their border residents.

Pakistani Minister for Defense Production Zobaida Jalal and Iran’s Minister of Roads and Urban Development Mohammad Eslami traveled from their capitals to the border to open the Pishin-Mand crossing on Wednesday.

This is the second border crossing being opened between Iran and Pakistan since they threw open the Rimdan-Gabd gateway in December.

“The opening of the Pishin-Mand crossing is a great and historic achievement for the two countries, which shows the commitment of the government of Imran Khan to strengthen relations with Iran,” IRNA news agency quoted Jalal as saying at the opening.

It will serve the common interests of Iran and Pakistan, she said, pledging to use the capacity of the Pakistan ministry of defense to expand comprehensive cooperation on border management and boosting economic and defense relations.

Jalal said Tehran and Islamabad are on the path of deepening long-standing relations, and the increase in their border crossings manifests their determination and commitment to strengthen relations and improve the lives of their border residents.

“One of the goals of Pakistan’s foreign policy and the government of Prime Minister Imran Khan’s vision is to develop relations with the Islamic Republic of Iran. We see the opening of the third official border with our neighbor as part of achieving this goal,” IRNA quoted her as saying.

The general Baluchistan area is an extensive plateau of rough terrain situated between Iran, Pakistan and Afghanistan, rife with a number of militant groups which often engage in armed banditry, drug trafficking and other subversive acts.

Minister Eslami said the gateways will transform cross-border exchanges and trade with Pakistan. “The addition of two official terminals for trade exchanges as well as six official border markets will help us move towards a good business,” he said.

Iran and Pakistan share 959 kilometers of border, which depended on the Mirjaveh-Taftan crossing for travel and trade exchange until last December.

The inauguration of the Rimdan-Gabd crossing point, about 130 km from the strategic Iranian port of Chabahar, has created a new momentum in exchange of goods between the two neighbors.

Pakistani citizens can now reach Chabahar, from where they can travel by plane or train to other cities across Iran, including the holy cities of Qom and Mashhad.

The crossing is also only 70 km from the Pakistani port of Gwadar which is being developed through the $60 billion China Pakistan Economic Corridor to link with Xinjiang province.

Pishin is the southernmost gateway in Iran’s Sistan and Baluchestan province to Pakistan, marked by its proximity to many Pakistani towns and cities. It is only 20 km from Mand, 60 km from Temp, 120 km from Turbat and 600 km from Pakistan’s largest city and port of Karachi which will be reduced to 400 km with the construction of a new road.

There is also a railway plan in the works, where Iran, Pakistan and Turkey seek to revive a line connecting Istanbul to Tehran and Islamabad and ultimately extend it to China.

The three countries launched a container train service in 2009, but it only got as far as test runs and was never fully operational. Even so, they always planned to follow up the initial freight trains with passenger services and are now willing to launch the ITI transnational line with the aim of enhancing connectivity with China’s Belt and Road Initiative (BRI).

The railroad service, stretching for 6,540 km, will cut the 21-day journey between Pakistan and Turkey by sea to 10 days. And by extension, it will connect to China’s Xinjiang autonomous region which is populated by ethnically Turkic Uighur Muslims.