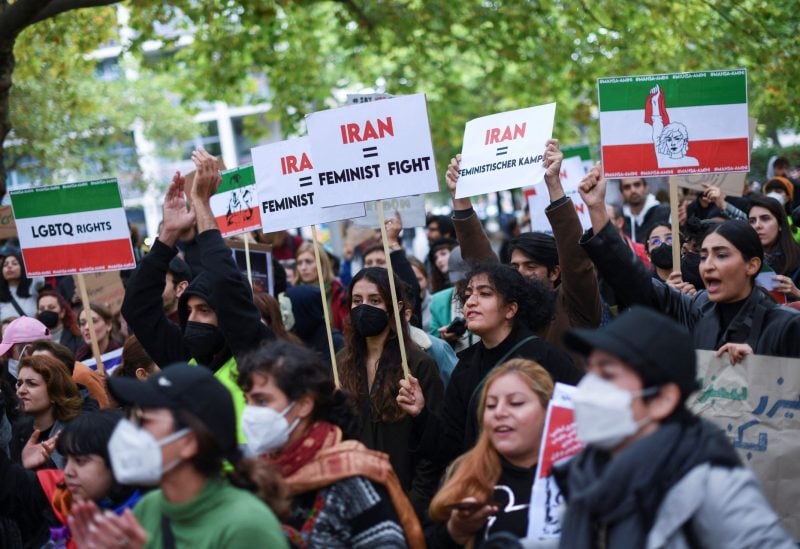 Nationwide anti-regime protests in Iran have entered their sixth week, with Supreme Leader Ali Khamenei becoming the primary target of public outrage sparked by the death of 22-year-old Mahsa Amini in police custody.

Iranian officials have shown division in their approach to the riots as some have called for strict measures against protesters while others have urged action to restore societal calm.

Meanwhile, human rights organizations have voiced their growing fears about Iranian activists facing the threat of torture and even death behind bars.

Shared video footage of late-night protests showed demonstrators taking to the streets in major cities such as Tehran, Tabriz, Isfahan, and Rasht, in addition to some Kurdish cities in northwestern Iran, such as Mahabad.

‘1500 Tasvir,’ an opposition Twitter account, posted videos of protests sweeping Isfahan in central Iran. In another video, protesters were seen setting fires in the streets of Mahabad late Thursday.

Demonstrators in different cities also hanged effigies of Khamenei, raised anti-establishment slogans, and sprayed graffiti depicting the victims of the security crackdown on the protests.

Reports from Iran also indicate that despite widespread arrests among striking workers in the oil and gas industry and young protesters on streets, the uprising in Iran shows no sign of abating.

On Thursday, the Union of Truck Drivers announced that in support of the protests they began a strike Friday and will stop transportation activities.

The Organizing Council of Oil Contract Workers in Iran says that more than 250 contractors have been arrested so far during labor strikes in recent days.

The latest wave of dissent was sparked by the death of Amini while in police custody for allegedly wearing a hijab improperly. Authorities have met demonstrators with lethal force on city streets throughout the country.