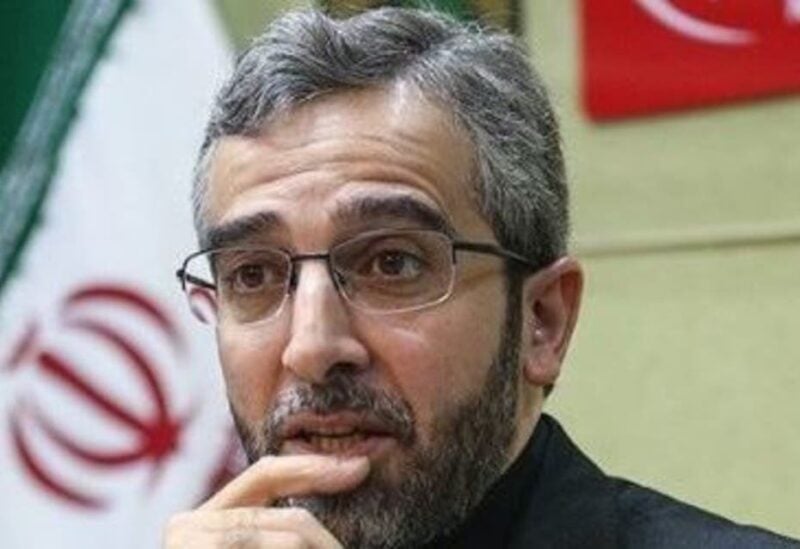 Iran appointed on Tuesday Ali Bagheri-Kani, a diplomat critical of its 2015 nuclear deal with world powers, as the deputy foreign minister for political affairs, replacing a diplomat who led the Iranian negotiating team at talks aimed at reviving the deal in Vienna earlier this year.

Araghchi, who will now serve as an advisor to Amir-Abdollahian, was Iran’s lead nuclear negotiator during talks with world powers earlier this year in Vienna that sought to revive the Iran nuclear deal, formally known as the Joint Comprehensive Plan of Action (JCPOA).

Washington withdrew from the deal under former President Donald Trump in 2018, reimposing sanctions that have crippled Iran’s economy.

The last round of talks took place in June, and the resumption of talks remains a question mark.

Bagheri-Kani is a critic of the JCPOA who served as deputy secretary of the Supreme National Security Council (SNSC), Iran’s top security body, from 2007 to 2013. He was part of Iran’s negotiating team at the time.

The 53-year-old Bagheri-Kani comes from a prominent clerical family in Iran and has familial ties to the country’s supreme leader. His brother is son-in-law to Ali Khamenei.

While his predecessor led nuclear talks with the West, it remains to be seen whether Bagheri-Kani will have the same responsibilities.

Iran has not yet announced whether the nuclear file will remain at the foreign ministry as it did under former president Hassan Rouhani, or be returned to the Supreme National Security Council, which oversaw the file until Rouhani took office in 2013.

Given his anti-JCPOA views, Bagheri-Kani’s appointment is likely to worry the US and European powers who have been urging Iran to return to the negotiating table.