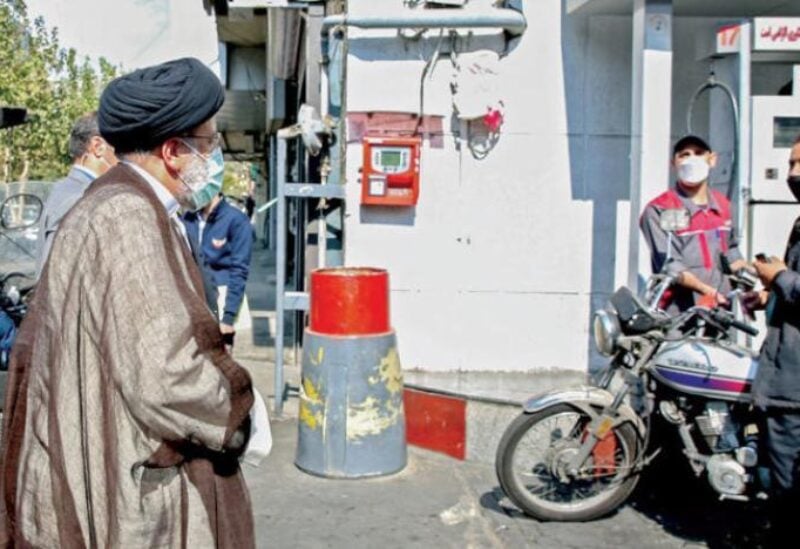 Iranian President Ebrahim Raisi said Wednesday that the cyber-attack that disrupted the sale of heavily subsidized gasoline in the country aimed to stir chaos and anger citizens.

“We have to be seriously prepared in the field of cyber warfare,” stressed Raisi in statements to state media. He noted that the cyber-attack was an “attempt to annoy citizens.”

Tehran responded to the Israeli attack by publishing information about the life of Security Minister Benny Gantz, and personal details of hundreds of soldiers in one of the Israeli army brigades.

Tuesday’s disruption of fuel services came ahead of the second anniversary of the bloody protests that swept Iran due to the sharp rise of fuel prices in November 2019, which later turned into political demonstrations calling for the resignation of the country’s senior rulers.

State television quoted Iranian authorities as saying that the distribution of gasoline would return to normal within hours.

Oil Minister Javad Oji confirmed that 3,000 gas stations had resumed their activities normally out of the 4,300 petrol stations, which were affected by the attack.

Abul-Hassan Firouzabadi, the Secretary of the Supreme Council to Regulate Virtual Space, confirmed that the disruption at the refueling system of gas stations which lasted a few hours was caused by a cyber-attack.

He explained that a report would be announced within 7 to 10 days, adding: “Although this cyber-attack was controlled, it created many problems.”

Israel admitted that in the wake of the cyber-attack that hit gas stations in Iran, hackers in Tehran published personal details about the life of Defense Minister Benny Gantz, and personal details of hundreds of soldiers in one of the Israeli army brigades.

Sources in Tel Aviv said on Wednesday that the Iranian hackers were members of a group calling itself the “Moses Stick,” which leaked files containing details of the deployment of an army combat brigade, including job descriptions, a full list of names, e-mail addresses, phone numbers, and residential addresses of members of the brigade.

Israeli Ynetnews also reported that photos of Defense Minister Benny Gantz were posted by the group, along with a threat that he was being surveyed by the hackers.

All the information was shared on the dark web and in groups of the Telegram messaging app, the agency added.

Israeli security expert on Iranian affairs Amir Menashe said that despite Iran’s announcement of the restart of about 1,000 gas stations, the disruption is still ongoing.

He added that the Iranian Revolutionary Guards’ intelligence censored the news and arrested a number of journalists, who had published reports and photos.