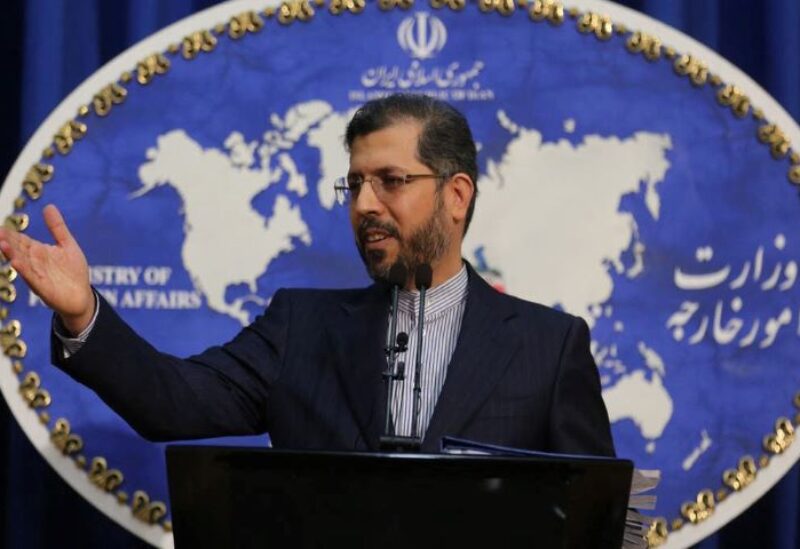 As indirect talks between Tehran and Washington near a critical stage, Iran said on Monday that resurrecting a 2015 nuclear deal is conceivable if Western powers adopt a political choice to overcome three remaining difficulties.

The remaining difficulties, according to Iran’s foreign ministry spokesman, include the amount to which sanctions would be rolled back, offering guarantees that the US will not leave the treaty again, and resolving doubts over uranium traces discovered at many ancient but undeclared locations in Iran.

After ten months of talks in Vienna, progress has been made toward the reinstatement of the 2015 nuclear deal between Iran and the United States in exchange for sanctions relief, which the US abandoned in 2018. Both Tehran and Washington have warned that there are some significant differences to overcome.

“A decent deal is feasible… but three important issues must be settled first.” At a weekly news conference, Iran’s Foreign Ministry spokesperson Saeed Khatibzadeh said, “The US and European countries have not taken political decisions on these fundamental problems.”

“We feel that an acceptable road is needed to resolve unresolved concerns in the areas of easing sanctions, providing guarantees, and dealing with political charges made against our benign civilian nuclear program,” Khatibzadeh added.

Ali Bagheri Kani, Iran’s senior nuclear negotiator, “has returned to Vienna to conduct the negotiations with a defined purpose,” according to Khatibzadeh, who travelled to Tehran last week for consultations with Iranian authorities.

“The US’s return to the nuclear deal will not be a one-day process; rather, it will be a journey of many verifications.”

Diplomats from the sides involved in the discussions have stated that they have reached a critical juncture, while Tehran has rejected any “artificial timetable” for the talks.

In exchange for the relaxation of international sanctions, Iran and world countries agreed to limit Tehran’s uranium enrichment to make it more difficult for it to develop material that may be used for nuclear weapons.

However, in 2018, then-US President Donald Trump reneged on the agreement and reimposed sanctions, which have wreaked havoc on Iran’s oil-dependent economy. Iran retaliated by violating the agreement’s nuclear limitations.