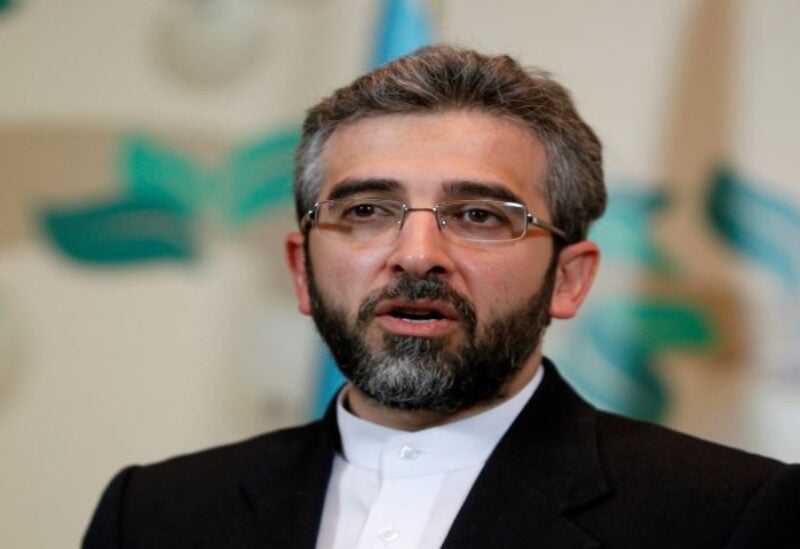 During a meeting between Iran’s Deputy Foreign Minister Ali Bagheri, and his South Korean counterpart Choi Jong-kun on the sidelines of the ongoing nuclear deal talks in Vienna, Bagheri indicated that South Korea is “obliged” to release its frozen assets, and that US sanctions cannot justify debt nonpayment, according to state-run media citing the Foreign Ministry in Tehran.
Bagheri, who is heading Iran’s 40-member delegation in Vienna talks, told the senior South Korean diplomat that they are obliged to release the blocked money “irrespective of the outcome” of ongoing nuclear deal talks.
Relations between the two countries have frayed in recent years, with Tehran accusing Seoul of freezing more than $7 billion in foreign exchange reserves under US pressure.
South Korea’s Foreign Ministry said in a statement on Wednesday that a delegation led by 1st Vice Minister of Foreign Affairs Jong-kun was traveling to Vienna to “explore ways to resolve the issue of frozen Iranian assets in Korea.”
Later, in a tweet, Jong-kun declared that his government will “render diplomatic assistance as a custodian of the frozen fund, a defender of NPT, and the nation seeking complete denuclearization of the Korean peninsula” during the talks in Vienna.
Bagheri, in his meeting with Jong-kun at the Iranian embassy in Vienna, said Seoul’s “illegal and unjustifiable refusal” to repay its debt to Iran will be a “dark point in the history of relations” between the two sides.
According to sources in Vienna, Bagheri used “tough language” during talks with his South Korean counterpart, and called for the return of Iran’s assets “without further delay.”
Iranian officials say the meeting was “not directly related” to ongoing negotiations between Iran and the P4+1 (Russia, China, France, the UK, and Germany) aimed at reviving the 2015 nuclear deal and de-escalating tensions between Tehran and Washington.
Thursday’s meeting between the sides came two months after Iran’s Foreign Minister Hossein Amir-Abdollahian raised the issue with his South Korean counterpart Choun Yunyong, criticizing Seoul for not unfreezing the country’s assets.
South Korea’s top diplomat in turn expressed concern over Iran’s ban on imports of Korean home appliances, and called for resolving the issue in a friendly manner.
Meanwhile, Jong-kun also met the US special envoy for Iran, Robert Malley, as well as European Union representatives currently participating in the Vienna talks.