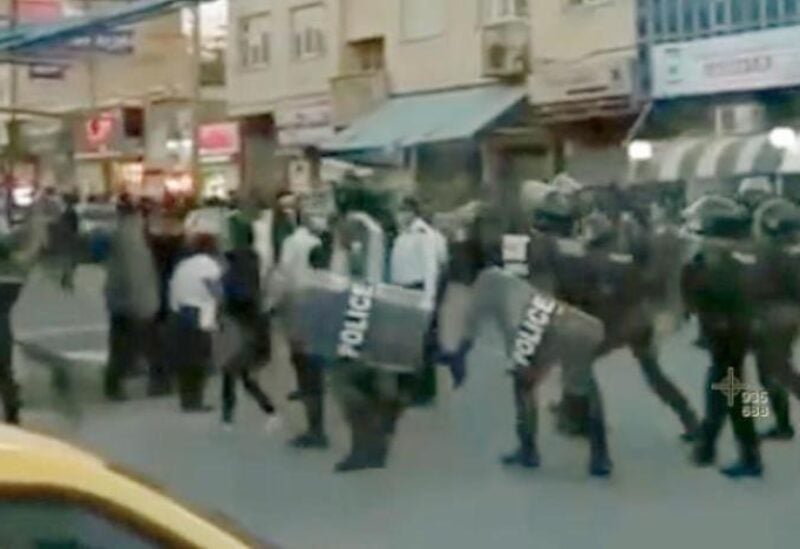 Iranians took to the streets last week after a cut in food subsidies caused prices to soar by as much as 300% for some flour-based staples.

According to Reuters, social media footage showed at least six people killed and dozens injured in past days. There has been no official comment on any death toll.

On Thursday footage posted on social media showed intense clashes in cities including Farsan in central Iran, where riot police fired live rounds at demonstrators. In Shahr-e Kord and Hafshejan, security forces used teargas and clubs to disperse the protesters.

“Fear not, fear not, we are in this together,” demonstrators in the southern city of Dezful could be seen chanting in one video.

Senior police official Qasem Rezai warned on Thursday that “illegal gatherings were intolerable and will be confronted,” according Iran’s semi-official ILNA news agency.

The government last week acknowledged the protests but described them as small gatherings. Iranian state media reported last week the arrests of “dozens of rioters and provocateurs”.

Iran’s rulers fear a revival of the 2019 protests, the bloodiest in the country’s history, although the authorities have dismissed reported death tolls including more than 300 according to Amnesty International, and a Reuters account of 1,500 killed.

The government also cut subsidies for basic goods including cooking oil and dairy products in a move it has described its decision as “fair redistribution” of subsidies to lower-income people.

However, protesters have expanded their demands, calling for more political freedom, and the downfall of leaders, according to witnesses and social media posts.

Some social media users inside Iran said that internet services has been disrupted since last week, seen as an apparent effort by authorities to stop the use of social media to organize rallies and disseminate videos.