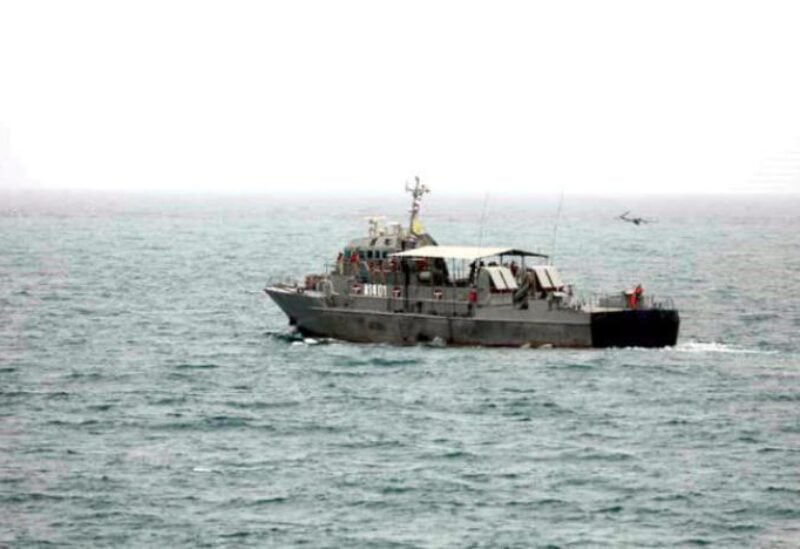 The Iranian Fars news agency quoted the Chief of Justice of Hormozgan, Mojtaba Ghahremani, saying that the coast guard of Qeshm Island, located in the Arabian Gulf, detected and seized the vessel carrying 277,000 liters of smuggled fuel.

Ghahremani pointed out that the ship was destined for a littoral state of the Arabian Gulf, adding that the smugglers covered the vessel’s hull with barbed wire to prevent its seizure.

He explained that the operation was thwarted after intelligence monitoring, cooperation, and coordination with the coast guard.

The official revealed that all 12 crew onboard the ship had been arrested and undergoing legal procedures.

Iran repeatedly announces the arrest of vessels smuggling fuel in its waters.

Meanwhile, news agencies quoted a military official saying that an Iranian navy flotilla thwarted an overnight attack on an Iranian vessel in the Red Sea.

The deputy head of the navy’s operations, Rear Admiral Mustafa Tajeddini, said that the escort flotilla of the naval arm of Iran’s armed forces, headed by the destroyer Jamaran was promptly deployed to the scene after responding to a distress call from an Iranian ship in the Red Sea.

He did not provide additional details about the target ship or the parties behind the attack.

The Iranian navy announced that in November 2021, pirates attempted to seize an Iranian oil tanker in the Gulf of Aden.

Like other countries that depend on navigation through the Suez Canal and the Red Sea, Iran stepped up its naval presence in the Aden Gulf after a wave of attacks by Somalia-based pirates between 2000 and 2011. The number of attacks has fallen sharply in recent years.

Somali pirates are often behind the attacks.

United Kingdom Maritime Trade Operations (UKMTO) confirmed that piracy attempts dropped in the past years in light of the measures taken by several countries to secure navigation.