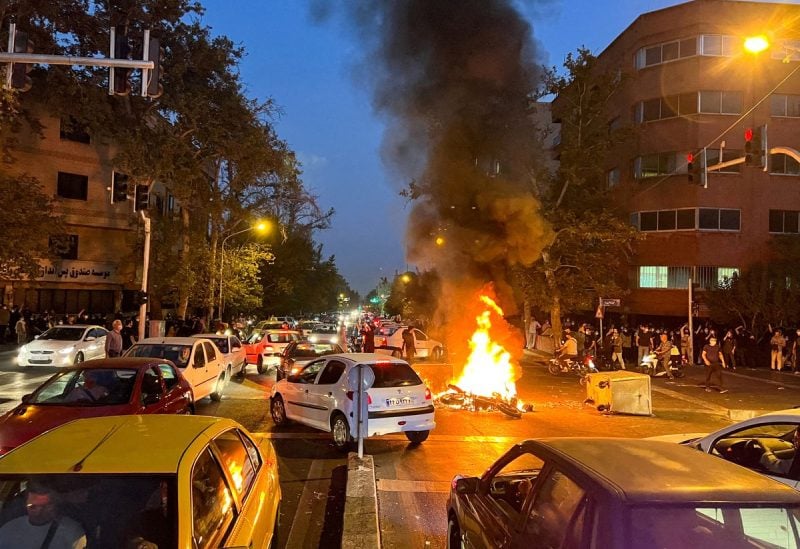 Iran’s Revolutionary Guards have built up their presence in restive Kurdish regions, state media reported on Friday amid a crackdown on mass protests, as video showed demonstrations in minority Baluch areas of the southeast.

The mass demonstrations that erupted after the Sept. 16 death in custody of 22-year old Kurdish woman Mahsa Amini spread rapidly across the country but have been most intense in areas populated by ethnic minorities, many of whom are Sunni Muslims.

The unrest has posed one of the biggest challenges to Iran’s Shi’ite clerical rulers since they came to power in the 1979 Islamic Revolution, with previous bouts of sustained protest eventually being crushed.

Activist website 1500Tavsir posted footage it said was from protests on Friday in Zahedan, the capital of Sistan-Baluchistan province, with the sound of gunshots and, in one video, demonstrators running for cover. Reuters could not independently verify their authenticity.

A prominent Baluch Sunni Muslim cleric, Molavi Abdolhamid, used his Friday prayers in Zahedan to call for an end to the repression of protests through arrests and killings.

“The people’s protest has shown that the policies of the last 43 years have reached a dead end,” his website quoted him as saying.

The semi-official Tasnim news agency showed a photograph of smiling Revolutionary Guards commanders standing on a military vehicle and saluting a long line of troops.

Iran has accused Western countries of orchestrating the unrest and has accused protesters in ethnic minority regions of working on behalf of separatist groups.

It has escalated its crackdown in Kurdish areas, with the U.N. rights commissioner noting on Monday reports of more than 40 deaths in those areas over the previous week. On Tuesday Iran said it had struck a Kurdish group in northern Iraq, the latest of several missile and drone attacks on Kurdish dissidents in recent weeks.

Molavi Abdolhamid also used his sermon to denounce the reported abuse of detainees.

“Things are said about the mistreatment of women in the media that are heavy and I can’t bring myself to say,” he said, apparently referring to reports of alleged rapes of detained women.

Baluch women were shown in a video posted by the Iran Human Rights Group marching in Zahedan chanting “Rape! Crime! Down with this clerical leadership”.

Videos posted by other activists and rights groups showed dozens of men marching in Zahedan, shouting slogans against Iran’s supreme leader, the Basij militia and Revolutionary Guards, and chanting “Kurds and Baluch are brothers”.

Another video appeared to show demonstrators in Zahedan carrying a wounded protester.

Reuters could not immediately verify the authenticity of the videos.

Meanwhile, the semi-official news agency Fars, seen as close to the Revolutionary Guards, said it had been hacked on Friday after its website showed a statement from hacktivist group Black Reward in support of the protest movement.