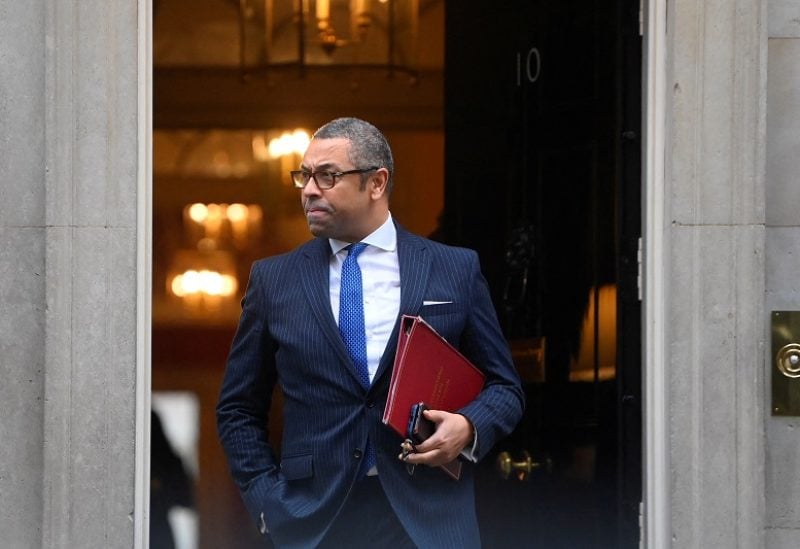 Britain’s foreign minister on Saturday vowed to work with allies to counter Tehran, hitting out at Iran for “spreading bloodshed,” as he addressed leaders in Bahrain.
Ukraine and its Western allies have accused Iran of supplying Russia with drones that they say Moscow has used in recent weeks to carry out attacks in Ukraine.
Earlier this month, Tehran admitted it had sent drones, but insisted they were supplied before Russia’s invasion.
“Iranian-supplied weapons threaten the entire region,” British foreign secretary James Cleverly told the annual Manama Dialogue conference in Bahrain.
“The regime has resorted to selling Russia the armed drones that are killing civilians in Ukraine.”
Cleverly spoke a day after European Commission President Ursula von der Leyen also warned in Bahrain that Iran’s “weapons proliferation” is a threat to Europe.
The growing criticism comes as Iran grapples with mass protests — the biggest in years — following the death in September of 22-year-old Mahsa Amini, who was arrested by Iran’s notorious morality police for an alleged breach of its strict dress code for women.
“As their people demonstrate against decades of oppression, Iran’s rulers are spreading bloodshed and destruction across the region and as far away as Kyiv,” Cleverly said.
“Britain is determined to work alongside our friends to counter the Iranian threat.”
On Monday, the EU hit more than 30 senior Iranian officials and organizations with sanctions over Tehran’s crackdown on protesters and the supply of drones to Russia.
In his address, Cleverly also slammed Russian President Vladimir Putin for threatening global security.
“No country is immune from the turmoil he has brought to world markets or the damage he has caused to global food security,” he said.
“Putin’s war is inflicting yet more suffering on Syrians and Yemenis, who were already enduring the privations of humanitarian emergency, and ordinary Lebanese, caught up in economic crisis.”