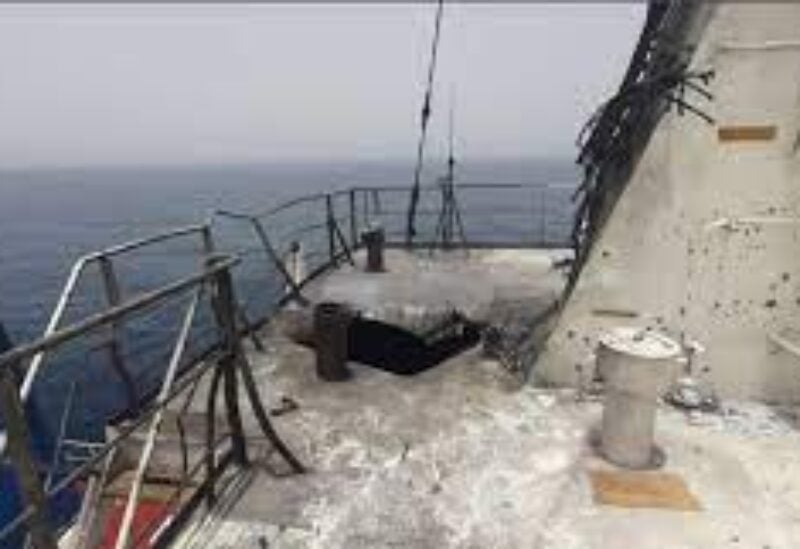 Tensions in the Persian Gulf region escalated to levels unseen since 2019 over a suspected fatal attack on an Israeli-managed oil tanker and an alleged attempt to hijack an asphalt carrier in the Gulf of Oman. Israeli and Western officials and media blamed Iran. Tehran denied any responsibility and has accused the West of “psychological warfare.”

Tehran is demanding an immediate halt to the propagation of “artificial maritime ‘incidents’” in the Persian Gulf region wants the United Nations to condemn Israel for its threats to use force, Zahra Ershadi, Iran’s deputy ambassador to the international body, has indicated.

In a letter to the UN Security Council president on Wednesday, Ershadi rejected what she said were “unfounded” allegations by the UK, Liberia and Romania accusing Iran of responsibility for the 29 July attack on the Mercer Street, a Liberian-flagged, Singapore-owned, UK-operated and Israeli-managed oil tanker in the Gulf of Oman.

“This unfounded claim – which was first raised, for obvious political purposes, by the Israeli regime immediately after the attack – is factually wrong and politically and ethically irresponsible, and accordingly is categorically rejected,” she indicated.

On Tuesday, Liberia, the UK and Romania sent their own joint letter to the UN calling on the international community to condemn Iran for its alleged responsibility for the Mercer Street attack, saying that initial assessments had found that it was “highly likely” that the vessel was attacked by Iran using “one or more” drones. In a separate letter, Israel called on the Security Council to sanction Iran over the alleged incident. The ship’s Romanian captain and a British national working as a bodyguard, were killed in the attack, which took place about 300 km southeast of the Omani capital of Muscat.

“Without presenting any evidence to prove their allegations, those who wrote that letter have tried to arbitrarily accuse the Islamic Republic of Iran of attacking the Mercer Street by resorting to such statements as ‘very probable’, ‘initial estimates’ and ‘one or several drones’, which suggest uncertainty, and by using ambiguous expressions such as ‘international partners’,” Ershadi wrote in her reply.

The Iranian diplomat stressed that contrary to Israeli and Western claims about Iran’s supposed actions to destabilize the Persian Gulf region, Iran is “highly interested in, and attaches great importance to, the maritime security and freedom of navigation,” in light of its long maritime borders and large maritime shipping capacity.

“Iran has also significantly contributed to the promotion of maritime security and freedom of navigation,” Ershadi wrote. “The deployment – for well over a decade – of Iran’s naval forces to the Indian Ocean and the adjacent areas in support of international efforts in combatting piracy therein has repeatedly been acknowledged by the United Nations Secretary-General in his relevant reports and commended by the Security Council in its numerous resolutions.”

Turning her attention to Iran’s Israeli accusers, the envoy indicated that Iran states for the record that it rejects “similar and other baseless claims made by the Israeli regime,” and considers that country as “the main source of instability and insecurity in the Middle East and beyond for more than seven decades.”
Ershadi suggested that Israel has “a long dark record” of attacks on commercial and civilian ships, among them the 31 May 2010 attack on the Gaza humanitarian flotilla which killed nine civilians and injured scores more.

“Likewise, according to available information, in less than two years, this regime has attacked over ten commercial vessels carrying oil and humanitarian goods destined to Syria,” the diplomat added. Her remarks were the first time that Iran has indirectly acknowledged the veracity of US and Israeli media reporting this spring that Israeli forces had caused “billions” of dollars in damage through attacks on Syria-bound Iranian tankers.

Ershadi blasted Israel for its alleged “long record in conducting complicated false flag operations in the high seas and key international waterways,” and urged the UN to “remain fully vigilant about the security and military adventurism of this regime in such a volatile region as the Middle East” and hold Israel “accountable for all its unlawful and…highly destabilizing activities.”
Furthermore, commenting on recent warnings by Israeli officials, including Prime Minister Benny Gantz that Israel may “act alone” and “exact a price” from Iran over the Mercer Street attack, Ershadi said such “provocative statements” were a “gross violation” of the UN charter.

“That regime must be reminded that it shall bear the consequences of all possible adventurism and miscalculations,” the diplomat stressed.

Ershadi’s comments have been echoed by Islamci Revolutionary Guard Corps commander Hossein Salami. In a television address on Wednesday, the commander warned “those who speak against us with an intimidating language” should “know the dangerous consequences of what they say and…be careful in their calculations.” He added that Iran has the missile, naval, drone and ground-based firepower to “respond to any threat at any scale, anywhere.”

The Mercer Street is one of two Gulf of Oman incidents which Western powers have blamed on Iran in the past week. On Tuesday, a UK maritime monitoring agency reported a “possible hijack” situation by “Iranian-backed” forces off the Emirati coast. A day later, an anonymous source told the UK’s The Times newspaper that “armed Iranians” had “stormed” the Asphalt Princes tanker and attempted to take it back to Iran, only to be thwarted by crew who disabled the engines. US and Omani ships were then reported to have shown up and chased the Iranians away.

Iran characterized reports of the hijacking as “suspicious,” and characterized them a form of “psychological warfare” by the West against Iran aimed at “setting the stage for new bouts of adventurism.”

The Israeli and Western accusations against Iran come amid the ongoing transition of power in the Islamic Republic to a new presidential administration, and the stalling of talks between the US and Iran in Vienna on Washington’s possible rejoining of the Iran nuclear deal. America’s Israeli allies have lobbied heavily to keep the US from rejoining the agreement, and threatened to take unilateral military action against Iran if the deal is restored. Israeli leaders have also spent more than a decade alleging that Iran is just ‘weeks’ or ‘months’ away from a nuclear weapon. On Wedesday, Gantz again alleged Tehran was just ‘ten weeks away’ from amassing enough weapons-grade material for a nuke.