Iran welcomes EU’s decision for not criticizing it at IAEA 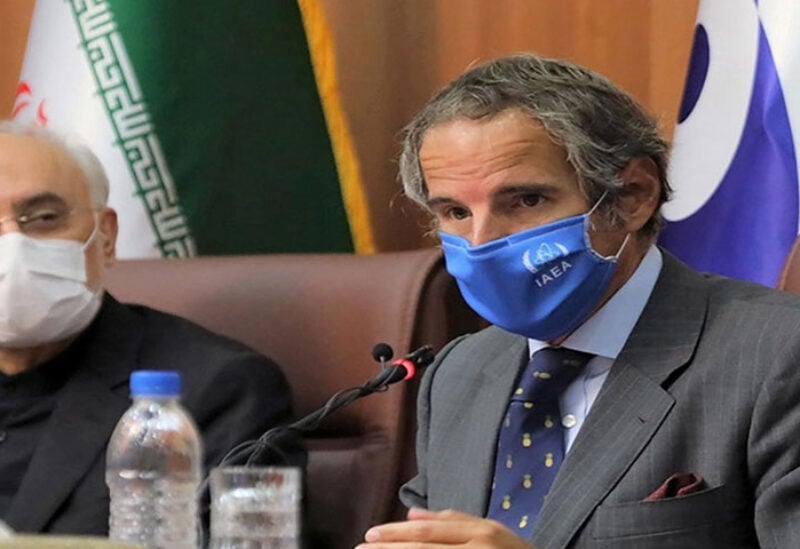 Iran welcomed a decision by European countries not to submit a resolution criticizing Tehran at a meeting of the UN’s International Atomic Energy Agency (IAEA).

Britain, France and Germany had planned to introduce a resolution at the International Atomic Energy Agency (IAEA) board of governors meeting this week criticizing Iran for limiting the agency’s inspections and to explain breaches of the 2015 nuclear deal.

“Eventually, rationality prevailed in the board of governors of the IAEA… as a result of extensive diplomatic efforts, the process of issuing an anti-Iran resolution to the Governing Council was halted,” state news agency IRNA cited Iran’s envoy Kazem Gharibabadi as saying.

Iran’s Foreign Ministry Spokesman Saeed Khatibzadeh said: “The new decision would save the road to diplomacy, already opened by Iran and the IAEA, and would pave the way for all JCPOA parties to honor their commitments in full.”

The nuclear deal, known formally as the Joint Comprehensive Plan of Action, has been unravelling since former US president Donald Trump pulled the United States out of the agreement in 2018.

President Joe Biden’s administration has signaled to Iran its willingness to return to talks to revive the nuclear deal. He reversed Trump’s determination that all UN sanctions against Iran had been restored. And the State Department eased stringent restrictions on the domestic travel of Iranian diplomats in New York.

Yet, Tehran demanded that all Trump-era sanctions on Iran be lifted before taking any real action to return to the deal.

IAEA Director General Rafael Grossi said Thursday Iran has accepted holding a series of meetings with the UN nuclear watchdog in order to “clarify a number of outstanding issues.”

“We are going to be starting this process… with a technical meeting which will take place in Iran at the beginning of April, which I hope will be followed by other technical or political meetings,” Grossi told reporters at a press conference.

The new process will be aimed at clarifying queries the IAEA has raised about the possible previous presence of nuclear material at undeclared sites.

A French diplomatic source told Reuters on Thursday Tehran has given encouraging signs in recent days about opening informal talks.

“Things are moving in the right direction and we have had positive signals this week and especially in last few days,” the source told reporters. “We are seeing movements we weren’t seeing last weekend,” he said.