Iran will enrich uranium up to 60% if it wants to, Khamenei warns 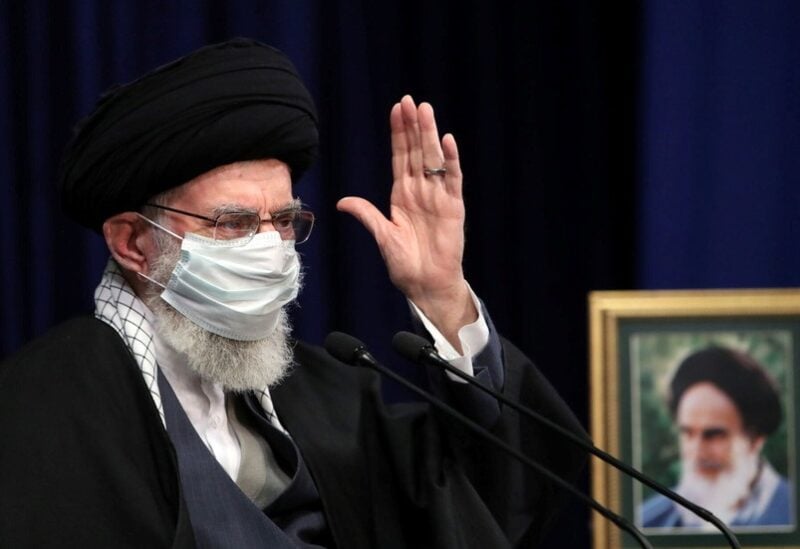 If Iran wanted nuclear weapons, it would have them, Ayatollah Ali Khamenei has declared, suggesting Tehran may continue enriching uranium up to 60 percent. The statement followed outcry over President Hassan Rouhani’s IAEA deal.

Tehran’s position on the JCPOA nuclear deal will not change, Khamenei said on Monday, adding that Iran will not bow to international pressure – from either its European partners in the deal or the US, which is no longer party to the agreement.

While the Ayatollah stressed that Iran is not pursuing nuclear weapons, he argued “no one” could stop the country from having them if it wanted to – certainly not the US or “the Zionist clown” (i.e. Israel). Only “Islamic principles” prevent such an outcome, he continued, adding that Iran will not limit its uranium enrichment to 20 percent.

Khamenei’s comments followed an uproar in the Iranian parliament as a majority of lawmakers voted to condemn President Hassan Rouhani for agreeing to continue allowing the International Atomic Energy Agency broad latitude to conduct inspections of Iran’s nuclear facilities. The majority also called for Rouhani to be prosecuted, arguing the deal he made is a “clear violation” of a law passed in December that would disallow in-person inspections by the nuclear watchdog until the US removes its sanctions.

Under that law, Iran would conduct its own inspections until the US dropped its sanctions, and subsequently hand the data to IAEA inspectors. The legislators who voted to condemn Rouhani on Monday have argued the president’s side deal with the IAEA is a violation of that law, while the Supreme National Security Council disagrees. The matter will be decided by the judiciary, and Rouhani could face criminal charges if the IAEA deal is found to be illegal.

Despite previously declaring that, as of Tuesday, the IAEA would be forbidden from carrying out nuclear inspections on short notice, the last-minute deal between Rouhani and the agency extends this deadline by three months, hypothetically giving the US State Department time to reenter the deal. However, Washington has refused to drop the sanctions, a prerequisite set by Iran for negotiating its reentry.

Under former president Donald Trump, the US pulled out of the JCPOA in 2018 and has been imposing ever-stricter sanctions on Iran ever since. While Iran upheld its end of the deal for over a year even as its European partners failed to confront the US over its behavior, the country has been gradually walking back elements of the deal, enriching uranium above the treaty’s cap, growing its stockpile, and now restricting inspections.