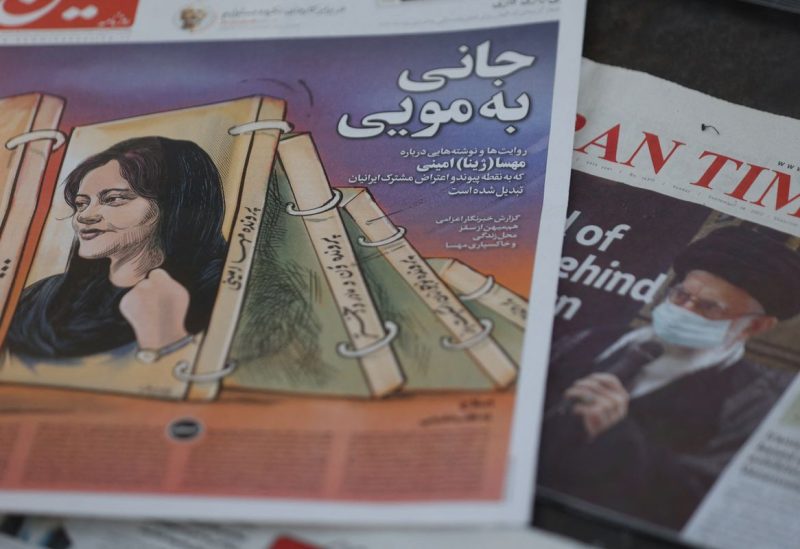 A newspaper with a cover picture of Mahsa Amini, a woman who died after being arrested by the Islamic republic's "morality police" is seen in Tehran, Iran September 18, 2022. Majid Asgaripour/WANA (West Asia News Agency) via REUTERS/File Photo

Iranian shops closed their doors in a number of locations on Monday, following calls for a three-day nationwide general strike by demonstrators calling for the overthrow of the clerical elite.

Following the death of Iranian Kurdish lady Mahsa Amini on September 16 while in the care of the morality police, Iran has been rocked by widespread unrest, offering one of the largest challenges to the Islamic Republic since the 1979 revolution.

1500tasvir, a Twitter account with 380,000 followers focused on the protests, shared videos of shut stores in key commercial areas, such as Tehran’s Bazaar, and other large cities such as Karaj, Isfahan, and Shiraz.

Reuters could not immediately verify the footage.

Witnesses speaking to Reuters said riot police and the Basij militia had been heavily deployed in central Tehran.

The semi-official Fars news agency confirmed that a jewellery shop belonging to former Iranian football legend Ali Daei was sealed by authorities, following its decision to close down for the three days of the general strike.

Similar footage by 1500tasvir and other activist accounts was shared of closed shops in smaller cities like Bojnourd, Kerman, Sabzevar, Ilam, Ardabil.

Kurdish Iranian rights group Hengaw also reported that 19 cities had joined the general strike movement in western Iran, where most of the country’s Kurdish population live.

Hundreds of people have been killed in the unrest since the death of Amini, a 22-year-old woman who was detained by the morality police for flouting hijab rules.