Iranian climber thanks supporters after competing without hijab 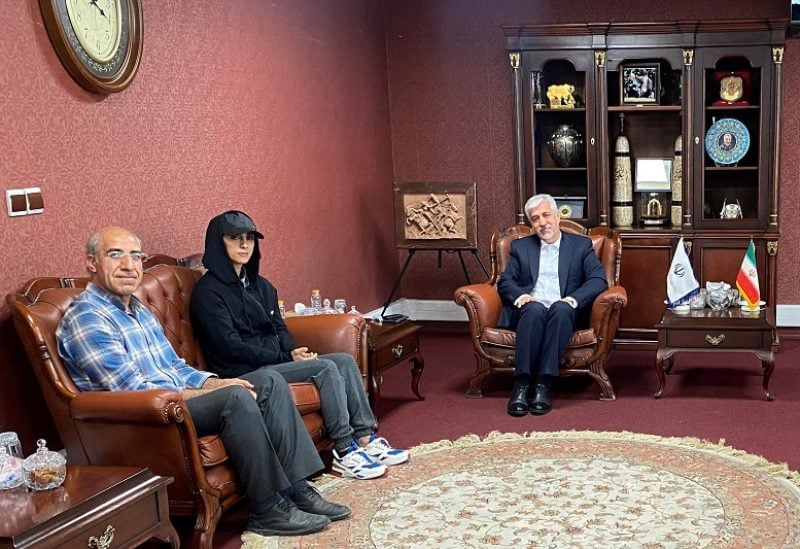 After competing abroad without a hijab, Iranian climber Elnaz Rekabi has thanked her supporters at home and abroad following her return to a hero’s welcome in Tehran this week.
Rekabi, 33, wore only a headband during a competition event at the Asian Championships in Seoul last Sunday, in breach of the Islamic republic’s dress rules requiring all Iranian women — including female athletes competing abroad — to wear a headscarf.
The move was seen by some as a gesture of solidarity with weeks of protests that have erupted in Iran following the death of Mahsa Amini, 22, after her arrest in Tehran for allegedly violating the country’s dress code.
“I sincerely thank all those who came to the airport for welcoming me, I love you,” Rekabi said in her first social media comments since returning to Iran.
Dozens of people cheering and clapping had welcomed the climber at Tehran’s Imam Khomeini International Airport on Wednesday.
“I am endlessly grateful for the support of you, all the people of Iran, the most decent people of the planet, athletes and non-athletes, and all your supports in (the) international community,” Rekabi said on her Instagram account overnight Friday into Saturday.
“What I have gained till today was regarding the caring of you beautiful souls,” she said in the post, published in Persian and English.
Rekabi began the message with a quote from late Iranian poet Ahmad Shamlou, alluding to individuals existing as part of a community. She signed off with: “Me; the people, Iran.”
The athlete had apologized over the incident and insisted her headscarf had accidentally slipped off, in comments to state media on her return.
Sports Minister Hamid Sajjadi received Rekabi hours after her arrival.
Rights groups outside the country have expressed concerns for her safety.